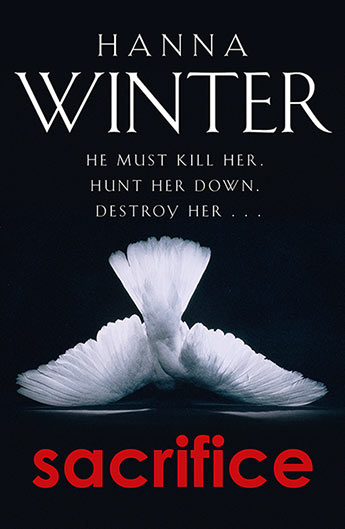 For now she is the hunter, but soon she will become the hunted.

Criminal psychologist Lena Peters is asked to consult on a spate of gruesome murders that the Berlin police are struggling to solve. Young women, abducted tortured and mutilated. This is Lena’s first case and, as she discovers, there are some members of the team who resent her presence. But Lena know what makes killers tick – she also knows all about obsession – and soon she comes to the attention of a sadistic killer whose deadly mission has only just begun.

This book is the first in a series set in Berlin and was first published in German in 2012. It is another one of those books told from various perspectives, including the particularly deranged killer’s and would appeal to readers who are fans of the serial killer genre.

The killer’s MO is mutilating and removing different body parts from the victims. The protagonist Lena has moved to Berlin and has a rather unhappy background, including a difficult relationship with her troubled twin sister, disturbing memories of the day her parents were burned to death in a car crash and blood phobia. Her job as profiler with the police is challenging enough but some of the police in her new unit clearly do not welcome her presence or value her work, despite her impressive qualifications, and her boss is a very prickly character.

The disappearance of the previous profiler as well as her files is another complication. Lena teams up with retired officer Wulf Belling who wants to get back into the force and hopes his involvement in helping Lena investigate will facilitate his return. As the investigation continues it seems that some information is being withheld from Lena by the police and the narration from the killer implies that perhaps more than one person is involved in the crimes. Running in parallel with the investigation we learn more about Lena’s background and the issues confronting her and her sister.

The short chapters invest the book with pace but I did not find the book very engrossing. It may be the consequence of translation but while the investigation was quite interesting it was not as gripping as a thriller of this type would normally be and the identity of the murderer was not entirely clear from the clues throughout the story. The author is setting the scene for future books involving these characters as the ending makes clear.