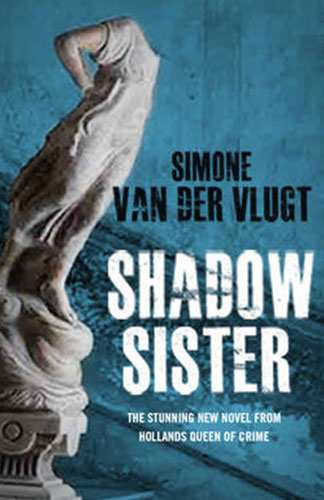 Author: Simone Van Der Vlught ; Translated from the Dutch by Michele Hutchison
Publisher: Text Publishing
Copyright Year: Copyright 2005, English language translation copyright 2010
ISBN: 978121656330
Review By: Susan Woldenberg Butler
Book Synopsis:
Lydia has her life in order and opinions on everything, from her husband’s business to her twin sister’s friends, to her fellow teachers. If only those around her could live up to her high standards. But when a student, Bilal, pulls a knife on Lydia her perfect life begins to unravel. She turns to her sister. But Elisa is powerless to protect her from what follows: an anonymous letter, her car vandalised, someone watching her house. How far will Bilal go? Or is someone else the real threat? And what part does Elisa play in all of this? Twins are close … aren’t they?

I don’t know about you, but I love to read books set in present-day, far-flung places. I love absorbing the atmosphere and learning what occupies people’s minds and hearts, and what issues face different societies. There’s the creepily evocative work of Germany’s Ingrid Noll in Hell Hath No Fury, in which ‘respectable spinster’ Rosemarie Hirte falls in obsessive love in Mannheim. At other times I’m in the mood for ‘glocalism’, the homogenising of humanity. Enter Shadow Sister. Dutch writer Simone Van Der Vlught takes us to Rotterdam, into the lives of Lydia and her twin sister, Elisa.
Lydia has a husband and young daughter and is satisfied with her life. She loves her worthwhile job teaching immigrant children. She and her twin, a photographer, are close, but they have different lives and friends. The book begins with a Turkish student, Bilal, threatening Lydia with a knife in the classroom.
Van Der Vlught structures the book so we learn very early that Lydia has been murdered. A search for the culprit ensues, told in alternating chapters by the twins. Van Der Flught introduces a raft of suspects as the story progresses through modern Dutch life: domestic, professional and interpersonal, at each other’s apartments, in restaurants and at the zoo. Despite this, I didn’t get a sense of place as with Noll’s work. Shadow Sister could have been set anywhere. Part of the problem was the dialogue and repeated use of such phrases as ‘really close’ and ‘back in the saddle’. There were many lost opportunities for verisimilitude and local colour. For example, a trip to the country is disposed of as ‘sun-drenched’. One character says, ‘And then, I swear it, he put his hand on my leg’, to which Elisa replies, ‘Oh gross’.
Nevertheless, Van Der Flught succeeds at making us care what happens to her characters and gives us an insight into the cultural clashes and racial problems that are transforming Europe. If Van Der Vlught really is Holland’s Queen of Crime, as the book cover claims, then I would like to read the book in Dutch.