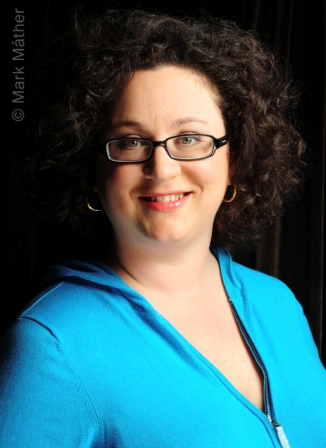 Sisters in Crime Australia has announced its shortlist for its 15th Davitt Awards for best crime books by Australian women.

Leading UK crime writer, Sophie Hannah, will present the awards at a gala dinner at Melbourne’s Thornbury Theatre at 7pm, Saturday 29 August. Prior to the presentations, she will discuss her own life in crime with Melbourne author, Angela Savage. Hannah is in Australia for the Melbourne Writers’ Festival.

“Many of the shortlisted authors are multi-award winners. For instance, Malla Nunn, a previous Davitt adult novel winner, has scored two nominations in the Edgar Award, the top US crime writing competition, plus a RUSA Award for Best Mystery Novel.

“This year, Present Darkness, her fourth novel set in 1950s’ apartheid South Africa, is in contention. Nunn’s fighting it out with two previous Davitt winners, Honey Brown and Sulari Gentill, plus New York Times No. 1 best seller, Liane Moriarty, and 2014 shortlisted author, Ilsa Evans. Both of Ilsa’s novels have the distinction of being e-books,” Horwood said.

“The titles shortlisted in all other categories exhibit a similar high standard. Jen Storer, who is shortlisted for Best Children’s Novel, won last year with another book in her popular Truly Tanseries. Judith Rossell has already won two children’s book awards forWithering-by-Sea.”

“The mysteries are variously located in London, Paris, Johannesburg, Chicago, Sydney, Melbourne, Brisbane, Hobart, the Blue Mountains and the Australian countryside. Sometimes it’s 1900, the 1930s, or the 1950s but mostly it’s the present. Not all books feature sleuths – and if they do, they’re not always female and hardly any are PIs, these days. They’re more likely to be cops, cafe owners or financial investigators. Quite a few are men.”

·         Virginia Peters, Have You Seen Simone? The story of an unsolved murder (Nero)

The Davitts apply to books published the previous calendar year. Named after Ellen Davitt, the author of Australia’s first mystery novel, Force and Fraud in 1865, the awards cost publishers nothing to enter.

Horwood said that the Davitts have played a pioneering role in getting women’s crime writing better recognised.

“The Davitts have persuaded Australian publishers to risk publishing crime books by Australian women, instead of just importing the latest blockbusters. It’s a gamble that has well and truly paid off,” she said.

Bookings for the Davitt Awards close Monday 24 August. All seats are limited so book early — individually or in tables of up to 10. Click here.