Sins of the past: Q&A with Ashley Kalagian Blunt 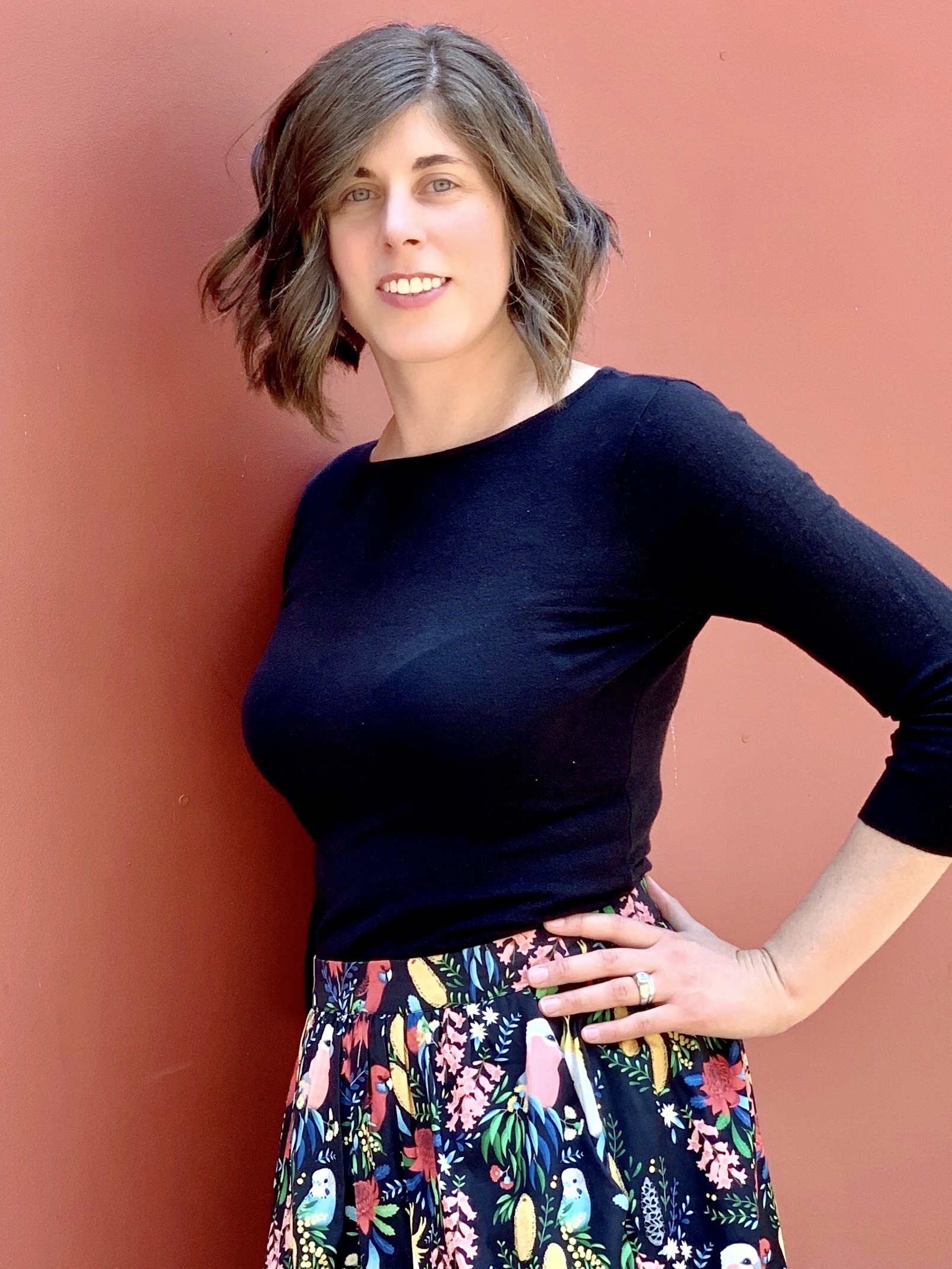 My Name is Revenge is set in Sydney in 1980, following the real-life assassination of the Turkish Consul-General. You tell us in one of the attached essays that there was also an attack targeting Turkish diplomats in Melbourne in 1986. Could you give us some historical background explaining the motivation for such targeted acts of violence?

In 1915, the Ottoman government made the decision to eradicate its Armenian communities. Ottoman leaders had been discussing these plans for some time, but when Anzac ships closed in on Gallipoli in April, the Ottomans decided they had to act immediately. On 24 April 1915, the night before the Anzac troops arrived, the Ottomans arrested 200 Armenian religious, political and community leaders. Nearly all of them, along with over 1 million Armenian men, women and children, would be killed within the next few years.

The Turkish government continues to deny these events, despite an international archive of corroborating historical evidence. In the 1970s and 80s, two groups of Armenian men tried to force the Turkish government to acknowledge the truth by force: they committed over 200 bombings, assassinations and other terrorist actions around the world, including here in Australia.

Your essays mention German troops in colonised Africa, and the European Holocaust. Can you briefly explain the links as you understand them?

The Holocaust is part of a historical continuum of genocide. Norman Naimark puts it bests: “In some ways, the last notable settler genocide of the pre-World War I colonial era – the killing of the Herero and Nama in German South West Africa – can also be considered the first genocide of the modern period, as the German state and the German army became directly involved.”

After committing genocide in Africa in 1904-1908, Germany allied with the Ottoman Empire in World War I, and provided military officers as advisors. German military officers witnessed the events of the Armenian genocide, and in a few cases, became involved. Many of the tactics used in the destruction of the Armenians – coordination of attacks by modern communications technology, transporting victims by cattle car, even rudimentary gas chambers (in this case, caves and fire smoke) – were refined by the Nazi regime when they targeted Europe’s Jewish communities.

It’s a fair guess most Australians don’t know about the 1980s’ attacks or this longer-term history. How did you come to know and care?

My great-grandparents were survivors of the Armenian genocide. They ended up in Canada as refugees in 1920. As a teenager, I learned their stories through my extended family. This was a shocking experience – I’d never heard of the Armenian genocide, so I had no context for the violence they suffered. I became interested in the history, and started to research it. When I moved to Australia as an adult, I connected with the Armenian community here and continued my research. But no-one really talked about the terrorist attacks, and they were only mentioned in passing in most Armenian history books. I first discovered the Sydney assassination on Wikipedia. Then I read Eric Bogosian’s fascinating Operation Nemesis and having the full historical context I needed to write My Name Is Revenge.

Your uni student protagonist is named Vrezh. As an Armenian-Australian boy, Vrezh had a few difficult experiences during his school years. Is this typical, do you know?

For decades, descendants of Armenian genocide survivors have suffered the Turkish denial of the genocide. This is the key distinction between the Armenian genocide and the Jewish Holocaust: Germany accepted responsibility for its actions. Turkey still doesn’t. Their denial isn’t passive; the Turkish government puts pressure on organisations and governments that recognise the genocide. Australia still hasn’t federally acknowledged the history, despite the wealth of evidence in our national archive.

Vrezh’s school experiences draw on that power dynamic. Many Armenian Australians I interviewed described how their names were Anglicised by classmates, how they were made fun of because of the lunches their mums packed. Vrezh has these same struggles at school, but they soon go beyond this, because of his school’s connection to the Turkish Consulate. 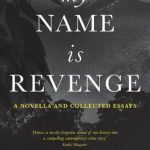 Vrezh means “revenge”. Is there a sense of family will-power or predestination at work here?

Sometimes Vrezh thinks about men called Talaat and Tehlirian. What’s that about?

Talaat and Tehlirian are two historical figures woven through the novella. Mehmet Talaat was the head of the Ottoman Empire during the genocide, and along with two other men, planned and orchestrated the genocide. After WWI, the British held war tribunals in which Talaat and others were found guilty. Talaat, however, had escaped to Germany. He was tried and sentenced in absentia.

Soghomon Tehlirian was an Armenian genocide survivor who ended up in Germany as an engineering student after the war. He discovered Talaat living in the city under an assumed named. Tehlirian decided to seek vengeance for his murdered family members and all Armenians. In March 1921, he killed Talaat with a single shot on a Berlin street and surrendered to the police. His trial focused on the historical context of the genocide. He was found not guilty.

Vrezh’s sense of justice revolves around these two men, the villain and the legendary hero. He fantasises about being Tehlirian, about that moment on the street in Berlin when Talaat met justice.

Vrezh has a brother, Armen. How do they differ in their activist perspectives?
Vrezh is seeking justice. If he has to use violence to achieve that end, as Tehlirian did, he’s willing to do so, but only in a limited and calculated way. For Armen, the line between justice and revenge is less clear – after decades of Turkish denial, he believes the only way to fight violence is with violence.

We don’t want to give away your novella’s plot, but is there any more you can tell us about the narrative and how you devised it?

There were two main groups of Armenian terrorists active in the 1970s and 80s – the Justice Commandos, and the Armenian Secret Army for the Liberation of Armenia. The first time I learned about them was after several years of research on the genocide. I was accustomed to reading about Armenians as victims, so this discovery shocked me. I was also accustomed to reading about terrorism in the news, particularly since 9/11. The discovery of the Justice Commandos and ASALA shocked me even more because although I abhorred their methods, I intimately understood their motives.

This discomfort was the starting place for the story. I planned to start with the unsolved assassination of the Turkish Consul-General in Sydney in 1980 and explore the mindset of the men who were driven to commit terrible crimes by the injustice of the genocide’s denial. Initially I planned to write from Armen’s point of view. But I couldn’t relate to his militant stance, his unwavering belief. Vrezh stepped in to bridge the gap. The tension between the brothers, as well as the true events that transpired in Melbourne in 1986, drove the narrative.

Apart from the recognition in two literary awards, what kinds of responses have you had to the book? Are you encouraged to write more on this topic?

The responses have been fantastic. So many people have told me that they knew little or nothing about the genocide, and so the book has introduced them to a whole new chapter in world history, as well as aspects of Australian history and the origin of the term genocide. Readers also often comment on how well the mix of fiction and non-fiction works. Having readers connect with the book has been very rewarding. It’s definitely encouraged me to continue.

Thanks for your answers, Ashley.
Thank you for the great questions, Robyn.