Sisters star in the Thunderbolt Prize for Crime Writing 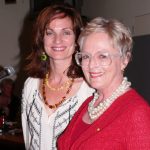 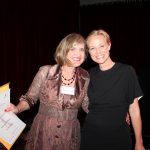 Richenda won the 2014 Cross-Genre Award and has also been highly commended on several occasions.

The other prizes went to:

Emerging Author Award ($250): Alyssa MacKay (QLD) for “Monster in the Dark: The Murder of Betty Thomson Shanks” (Also received a Highly Commended citation for her piece, in the Non-fiction category.)

Now in its eighth year in 2020, the Thunderbolt Prize for Crime Writing attracted a strong field of entries from all over Australia, by writers both published and unpublished.

Judges this year were: Catherine Wright, Poetry; Linda Nix & Bronwyn Clarke, Fiction; Lili Paquet, Non-Fiction; and Jenny Blackford, Youth Award. All entries were judged anonymously, and the New England Award and Emerging Author Awards were chosen based on final commendations across all categories. All successful entries, along with judges’ reports, will be published on the New England Writers’ Centre website in November.