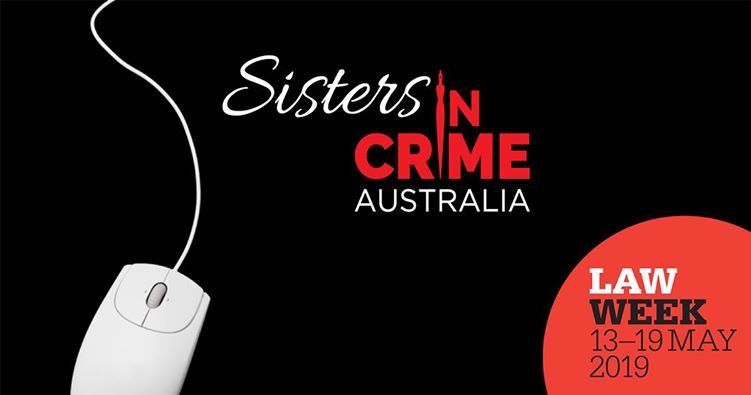 Trolling, now a Federal election issue, will be also under the microscope at Sisters in Crime’s 13th Law Week event the night before (Friday May 17, 6.30pm) at the Sir Zelman Cowen Centre, Victoria University.

Authors Ginger Gorman, Emma A. Jane, and Rachel Cassidy will be talking to The Age journalist Wendy Tuohy about the newish crimes of cyberhate and the not-so-new crime of stalking and the devastating, sometimes deadly, effects they can both have on people’s lives.

Ginger Gorman is the author of Troll Hunting: Inside the world of online hate and its fallout (Hardie Grant, 2019). The award-winning Canberra-based journalist was the victim of trolls who also threatened her family: “I’m Jewish, I’m a feminist, I’m left-wing, I’m in a mixed-race marriage, I’m in the media, I tick every single box.”

Ginger decided to go online to find out what motivated the trolls and their extreme anger and hatred of women.

“They’re mostly angry young white men whose predator trolling is linked to all kinds of real-life horrors, including: shootings, suicide and suicide attempts, terrorism, a woman killed and many others injured at a Unite the Right rally in Charlottesville in the US, indecent communication with a child, stalking, domestic violence, PTSD, mental illness, hatred and anger, limitless misogyny and racism, anti-Semitism, a dead horse and poisoned dog.”

She also tells the victims’ stories too, linking cyberhate to real-life crimes. Ginger examines the feeble job social media companies are doing to curb online hatred, discusses the multi-faceted problems faced by law enforcement, and talks to academics and experts from all sides of the debate.

Dr Emma A. Jane , formerly published as ‘Emma Tom’, received her first emailed rape threat back in 1998 when she was working as a columnist for The Australian. What started as a trickle soon turned into a flood that continued for more than two decades, and that ultimately led to her ground-breaking, Federal Government-funded study which mapped – for the first time – the history of cyber violence against women and girls.

Jane, now an award-winning academic at UNSW and the author of Misogyny Online: A Short (and Brutish) History (SAGE Publications, 2018), says a multitude of stubborn myths and misconception are preventing cyberhate victims from being helped and cyberhate perpetrators being held to account:

“Organisations such as the United Nations, Amnesty International, and the Australian Human Rights Commission have warned that this problem is reaching pandemic proportions, and is causing serious political, psychological, economic and social harm. Yet many people still claim that hate speech, stalking, and violent threats are something other than ‘real’ if they involve technology. This is a damaging and profoundly mistaken view.”

Rachel Cassidy, author of Stalked: The Human Target (Rockpool Publishing, 2018) says she felt compelled to write the book after she herself became one more stalking statistic.

“My world was torn apart by a calculating, conniving perpetrator who left me grappling with how to put my shattered life back together one piece at a time. Over a five-year period, I conducted extensive research and interviewed survivors and perpetrators across Australia. I soon realised the general public often have a misguided perception of most stalkers being shadowy figures lurking in alleyways peering through windows but that’s not the reality of the modern-day stalker,” she said.

“Perpetrators can be corporate CEOs, factory workers, accountants, government personnel, tradies,  or shop assistants. They come from all occupations and walks of life but the common denominator is that they focus all their time on pursuing one individual with unwanted attention. These days the perpetrator often uses accessible technology to aid them in their quest to torment and control their target.”

Wendy Tuohy  who is compering the event, said, “The viciously gendered targeting of women online does not appear to have abated since harassment across the board was placed so prominently on the global radar via #MeToo, if anything it appears worse –  perhaps due to greater reporting,” she said.

“What does, thankfully, appear to have changed is the widespread tolerance of sexualised, menacing and gender-based attacks, especially if the generalised backlash to the sexist trolling of footballer Tayla Harris is taken into account.”

Tuohy said she was interested to understand from the panellists if they believe that in Australia, at least, this 2019 event marked a true ‘turning point’, or, if perpetrators are likely to up the stealth and simply carry on.

“We all want to know what needs still to occur to allow women the basic right to safety that all too often we are still not afforded,” Tuohy said.

The event is in partnership with the Sir Zelman Cowen Centre, Victoria University and received sponsorship from the Victoria Law Foundation.

Bookings for this event are essential, so to avoid disappointment book your ticket now!