Tell The Truth by Katherine Howell 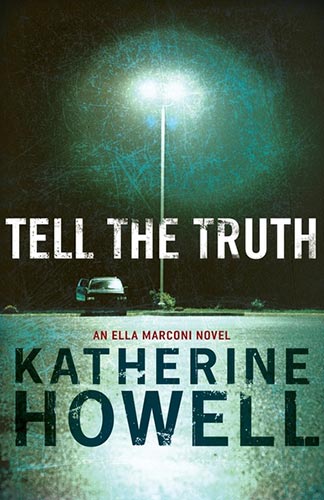 Author: Katherine Howell
Publisher: Mac Millan
Copyright Year: 2015
Review By: Sue Turnbull
Book Synopsis: Katherine Howell understands the mechanics of a good thriller. Start with a crisis then rachet up the anxiety while muddying the waters. In Howell’s Tell the Truth, the crisis concerns the disappearance of a young female paramedic, whose car is discovered in a parking lot with a suspicious amount of blood on the driver’s seat and floor.

Tell the Truth is the eighth and the final instalment (so Howell tells the reader in an afterword), in a series that has neatly combined a police procedural with plots drawn from the experience of ambulance drivers in New South Wales. Herself a former paramedic, Howell writes vividly and viscerally about the extraordinary human dramas and routine awfulness with which paramedics deal on a regular basis.

As always, the emotional toll is heavy as these valiant crews get on with their often thankless business of saving lives. No-one is doing it harder than Paris, the niece of the missing Stacey, who is a new recruit to the service and already sabotaged by crippling performance anxiety and an appalling mother.

Handling the investigation of the missing woman with her usual brisk aplomb is Detective Ella Marconi whose precarious personal life has provided the narrative thread that has held this series together, even as the cast of paramedics has varied in each book. There’s an impending crises in Ella’s life too, and followers of the series will not be disappointed with the resolution.

But the primary focus is as always on the process; the investigation of a diverse cast of suspects, each of whom may have a motive for kidnapping paramedic Stacey. Every lead and interview is recounted in laborious detail. Red herrings abound as Howell invites the reader to play sleuth and solve the puzzle alongside Ella. Tell the Truth is a fitting conclusion to this solid series.

* A version of this review first appeared in the Sydney Morning Herald and is re-printed here with permission.