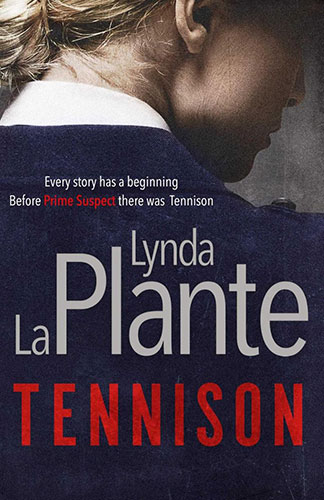 Author: Lynda La Plante
Publisher: Simon and Schuster
Copyright Year: 2015
Review By: Diana Olsberg
Book Synopsis:
In 1973 Jane Tennison, aged 22, leaves the Metropolitan Police Training Academy to be placed on probationary exercise in Hackney where criminality thrives. We witness her struggle to cope in a male-dominated, chauvinistic environment, learning fast to deal with shocking situations with no help or sympathy from her superiors. Then comes her involvement in her first murder case.

Lynda La Plante is probably one of the most prolific contemporary and internationally best selling crime writers. And I can now see why that is the case. This was my first engagement with her… and what a treat !!! I now have a huge list of reading excitement and delight awaiting me.

I was an avid fan of the TV series Prime Suspect which starred academy award winner (and now Dame) Helen Mirren in the landmark role of the straight talking Detective Chief Inspector (DCI) Jane Tennison of the British Metropolitan Police, although I had not read any of the Prime Suspect novels.

This latest Prime Suspect novel, published only at the end of 2015, is most unusual because it actually takes the reader back in time to Jane Tennison’s entry into the Metropolitan Police in the 1970s as a probationary junior officer at Hackney Police Station. Just 22 years old, from a comfortable middle class background, Tennison’s first posting after training is a violent, high crime area in one of the worst sections of London. And, right away, she becomes part of a brutal murder enquiry, embroiled in the devastating effects of youth crime – not only on the direct families of the victims and the perpetrators, but also of the local community.

But oh joy this is not just the usual ‘who dunnit’, or ‘done what’, though those cleverly interrelated scenarios keep you reading with excitement well past the midnight hours, waking with your glasses cutting into your cheeks face down on the open book having fallen asleep not wanting to not find out what happens next. And La Plante, obviously with such a fine eye for plot development, detail and dialogue, does keep you on the edge of your chair (or pillow !).

The wonder of this book (and I hope to discover in other La Plante novels) is to get a direct and meaningful understanding of police operations through the eyes of women in the Force, mainly of course through Tennison’s experiences and observations, but also through her interactions with other women. And of course the understanding of the role and relations of women police with their friends and families and also the rest of the community they meet in their work. Prime Suspect setting in the British Metropolitan Police, the generally accepted chauvinism of the male-dominated world of the police institution, is I am sure also the context of working in policing in Australia, but really in almost any and every male-dominated workplace.

Prime Suspect is set in London of the 1970s, but such behaviours persist today in male-dominated workplaces in Australia, particularly those institutions with 24 hour work rosters, where roles can be transient, the work often highly stressful, and placements geographically varied. It’s those occupations particularly where women cope daily with the institutionalised blindness of gender inequalities. And it’s not even so much the sexist sexualized behaviours with which women are routinely confronted. The greatest ignominy are the real inequalities of work recognition and opportunities for career advancement, remuneration scales and side benefits, and the persistent deniability of women’s family and household responsibilities. Just listen to La Plante (page 241):-

“Right, you’ll have to come with us then. No doubt be a few women and kids in the place so I’ll need a plonk for the gentle touch if it starts kicking off”.

Jane hated it when her male colleagues referred to female officers as “plonks”. It was insulting, and even more so to think that only the women should have to play nanny to the kids. However, she bit back a retort, (my emphasis) glad to be able to gain further experience by going on the raid to arrest a suspect for Julie Ann’s murder.”

Haven’t we all been there and let it go?

And what a delight to get to know the young Jane Tennison, the struggles of dating, emotions, family relationships, leaving home, independence and of course vulnerability. All great stuff. Read it, you won’t be able to put it down, and you’ll be lining up (like me) for many more La Plante adventures.