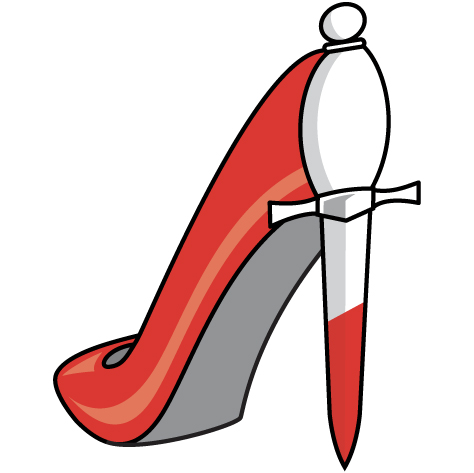 A record $10,060 is up for grabs in Sisters in Crime Australia’s 26th Scarlet Stiletto Awards for best short crime and mystery stories by Australian women.

“It’s worth killing for – at least on the page,” said Tara Mitchell, a Sisters in Crime national convenor.

“And for the very first time there is an award that speaks directly to Australia’s criminal past – the Terror Australis Readers and Writers Festival Award for the Best Bushranger Story, worth $500.”

The Terror Australis Readers and Writers Festival is a brand-new biennial celebration of crime fiction, to be held between 31 October and 5 November in Tasmania’s Huon Valley.

“When it came to sponsoring a new prize in the Scarlet Stiletto Awards, we wanted to extend that focus to the lives of real women of crime,” Dr Owen said.

“Despite records indicating Australia’s colonial history is filled with female bushrangers, they rarely receive the modern media attention of their male counterparts. We decided to create a new award category for historical crime fiction highlighting the lives of bushrangers such as Jessie Hickman, Mary Ann Bugg and Mary Cockerill.”

Mitchell said Sisters in Crime is thrilled that nearly all sponsors had renewed their commitment to the Scarlet Stiletto Awards.

“The sponsors are a diverse bunch. They include Swinburne University, book publishers Simon & Schuster, the Melbourne Athenaeum Library, film and television producers Every Cloud Productions, the International Association of Forensic Linguists; and individuals such as author Kerry Greenwood, a founding member of Sisters in Crime Australia,” she said.

“What all fifteen sponsors have in common is an unswerving commitment to women’s writing. which has paid off in spades. Since the awards began 25 years ago, 3471 stories have been entered and 26 winners – including winners of the Shoe and category winners – have gone on to have their books published. Natalie Conyer, who has won a number of awards, will soon join their ranks when her debut novel, Present Tense, comes out later this year with Clan Destine Press.”

Other changes to this year’s awards include:

Closing date for the awards is 31 August 2019. Entry fee is $25 or $20 for Sisters in Crime members. Maximum length is 5000 words. The awards will be presented at a ceremony in Melbourne in late November.

To download an entry form and a list of FAQs or to pay the entry fee, go to:
www.sistersincrime.org.au/the-scarlet-stiletto-awards

To pay the entry fee via Eventbrite go to: https://www.eventbrite.com/e/scarlet-stiletto-competition-entry-2019-tickets-63381984221