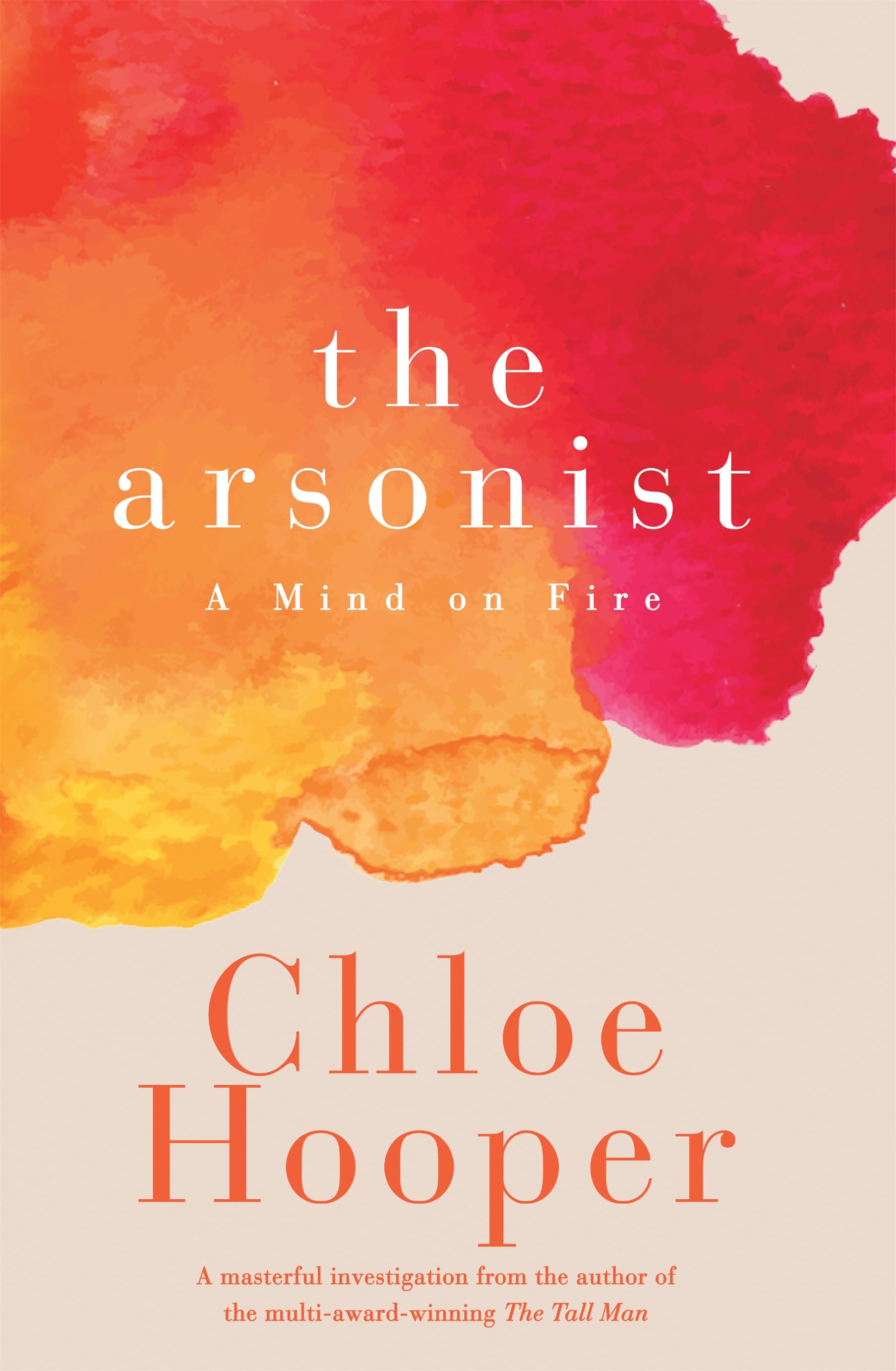 On the scorching February day in 2009 that became known as Black Saturday, a man lit two fires in Victoria’s Latrobe Valley, then sat on the roof of his house to watch the inferno. In the Valley, where the rates of crime were the highest in the state, more than thirty people were known to police as firebugs. But the detectives soon found themselves on the trail of a man they didn’t know.

The Arsonist takes readers on the hunt for this man, and inside the strange puzzle of his mind. It is also the story of fire in this country, and of a community that owed its existence to that very element. The command of fire has defined and sustained us as a species – understanding its abuse will define our future.

A powerful real-life thriller written with Hooper’s trademark lyric detail and nuance, The Arsonist is a reminder that in an age of fire, all of us are gatekeepers.

Everyone knows about Black Saturday, about the wildfires that raged through Victoria on 7 February 2009 and left a trail of destruction and sorrow that is unprecedented in Australian history. Most of the fires on that scorching 47ºC windy day were caused by electrical faults, spot fires and embers set adrift on the wind.  Yet some of them were set by human hands; one, ironically, close to the place where Victoria’s electricity supply is generated: the Latrobe Valley.

The Arsonist opens near Churchill where, through the eyes of Detective Adam Henry, the reader is walked through the aftermath of a deliberately lit fire.

‘Here too, in this timber plantation, menace lingers.The blackened trees smoulder. Smoke creeps around their charcoal trunks and charred leaves. The snow, stained pale grey, is ash. Place your foot unwisely and it might slip through and burn.’

As we walk through the plantation author Chloe Hooper draws an atmospheric, strangely beautiful scene and demands that we look: at the scarring, the burn patterns, the silence, the utter devastation.

But it is the first person accounts of that day that bring me to tears, force me to stop reading more than once while I digest heartbreaking stories.

‘She turned out of the car, out of the passenger door and fell over. I heard her cry out. I got out, ran around the car and she was virtually on fire. I tried to drag her. She was in flames. I was putting my hands in flames but I couldn’t hold on…there was nothing I could do.’

Story after story of grief, loss, near misses,unlikely survival and I feel like a voyeur. It seems unfathomable that this fire was deliberately lit. I sense the panic, the rage, the thirst for revenge in this small, working-class community when police arrest a local man, Brendan Sokaluk, who will later be found guilty of arson and sent to prison.

Chloe Hooper set out to make sense of an arsonist. Her research is thorough and it is obvious to the reader she has spent hours perusing the psychology, the contemporary thinking about the motive of arsonists.  Yet Brendan Sokuluk doesn’t fit any mould or any neatly-wrapped FBI profile. He grew up in Churchill, always different, always an outsider. He was regularly bullied as a child, shunned as being weird and after his arrest was diagnosed with autism. Throughout his police interviews, trial and imprisonment he didn’t seem to understand what was going on.

The Arsonist is a story of fire, of terrible, senseless destruction and of the slow and often painful attempts to make sense of the insensible. It is beautifully written, harrowing and heart-wrenching.

Chloe Hooper’s previous non-fiction book The Tall Man won several awards. She has a skilful, compassionate eye for the heart of a story and I imagine she could have written a longer version of The Arsonist. I get the sense there was so much more she could have said.

I love this book and I will read it again.