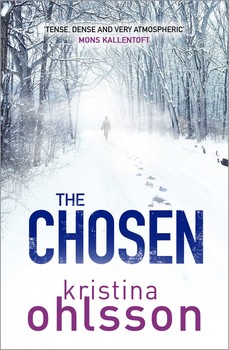 On a cold winter’s day, a pre-school teacher is shot to death in front of parents and children at the Jewish Congregation in Stockholm. Just a few hours later two Jewish boys go missing on their way to tennis practice. A heavy snowstorm hits Stockholm and the traces of the perpetrator are few and far between.

Fredrika Bergman and Alex Recht are faced with one of their toughest challenges ever as they hunt for a killer that seems as merciless as he is effective. The leads in the investigation are many and diverse but in the end they all point to the same place: Israel. Someone or something called the Paper Boy keeps popping up in the police investigation. But who was he really? And could he possibly have resurfaced in Stockholm, now claiming new victims?

This book is cleverly written, moving backwards and forwards as it does between sections entitled “Earlier”, “Conclusion”, “First Day” etc.   It is a quite different approach to the normal straight forward flashback   and one which, in less accomplished hands, may have proven confusing. But here it is a clever strategy which assumes a certain intelligence from the reader.

A pre-school teacher is shot dead in front of parents and children at the Jewish school in Stockholm.  A couple of hours later, two Jewish boys go missing on their way to tennis practice.  The search for the boys is hampered by a heavy snowstorm.  Is there a connection and will the boys be found safe?

Investigative Analyst Frederika Bergman and Alex Recht of the Stockholm Police are called in to investigate. There are several suspects, some of whom have a connection to Israel. A mysterious figure called the Paper Boy keeps popping up. Is he a mythical figure used to ensure Israeli children behave or is there more substance to him? If so, is he now operating in Sweden? Or is the perpetrator much closer to home?

The book has been translated by Marlaine Delargy and there is none of the awkwardness which sometimes accompanies translation. It is beautifully written and difficult to put down.  A thoroughly satisfying read

This is the fifth book in the series involving Frederika and Alex and my plan now is to read them all.