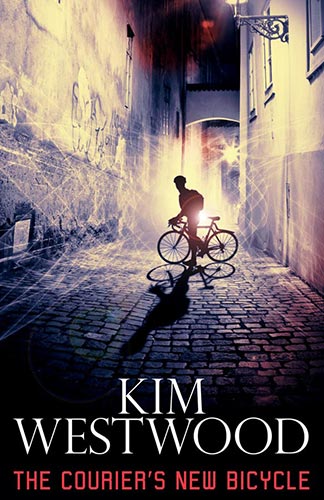 Author: Kim Westwood
Publisher: Harper Voyager
Copyright Year: 2011
ISBN: 978-0-7322-8988-1
Review By: Kate McIver
Book Synopsis: This is a dystopian novel set in Melbourne in a near future where an oppressive religious party is in power. Anything and anyone they consider unnatural is under threat. Salisbury Forth (Sal to her friends), a gender transgressive, has been rejected by her family, but has a new family of friends. Their business selling contraband hormones and their animal rights activities put them further in danger. When Sal’s friends are attacked the police are not going to come to their aid, so it is Sal who must find out who is behind it and, with new allies, put a stop to it.

I did wonder about a few things in the society depicted in this novel, such as Australia’s apparent isolation, but there’s a limit to how much explanation I would want to read so it was probably better without it. In any case the novel rightly focuses on Sal’s world, and that is convincing and compelling.

This is Kim Westwood’s second book, another standalone speculative fiction novel. The Courier’s New Bicycle has a crime plot which will broaden its appeal. The quality of the writing makes this novel stand out. It tackles some big issues but with a light touch. Although the setting is grim, the way the social outcasts care for each other and their resilience mean The Courier’s New Bicycle is thought-provoking rather than depressing.