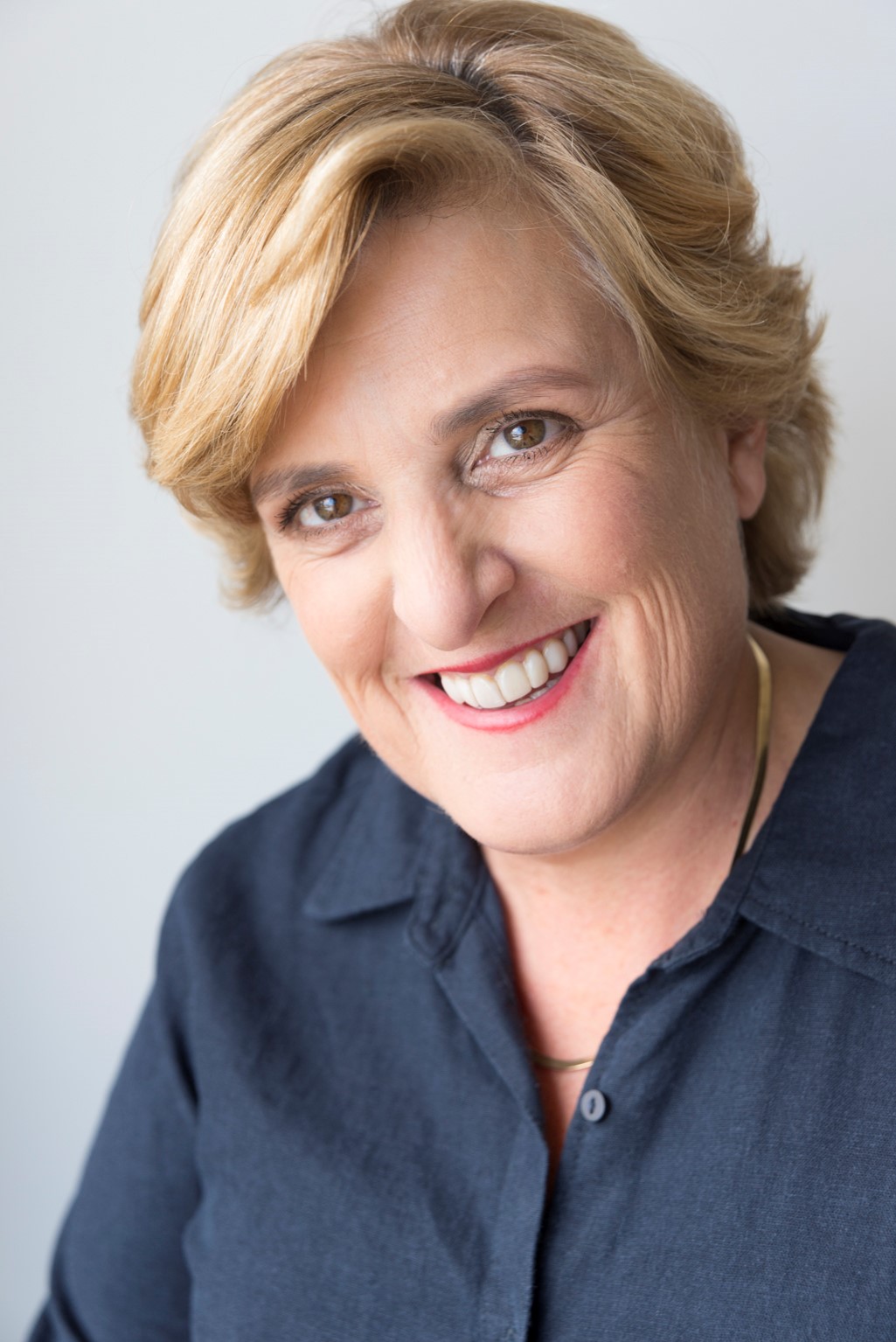 Looking back, the leap seems inconceivable.

But when the notion first arrived I could not ignore it. I’d taken up law as a second career in my thirties. It was challenging, stimulating, sometimes thrilling, ultimately lucrative and I thrived on it. But twenty years on it had lost its lustre. I wasn’t even sure what I was chasing anymore—status, wealth maybe—but I was powerless against the aimless ambition that drove me on and on down this same track.

Until one fine spring day (6 September 2014 to be precise), I had an epiphany. Seated in a white wicker chair, a refreshing breeze gliding through the room I listened to an author speak of a sea voyage to Antarctica and the book that emerged from it. I had a sudden realisation: there are other ways to live, viable alternatives to this track I’m stuck on.

One idea led to another and a powerful logic overwhelmed me: I could quit my job, we could rent out the house, my husband Dean and I could live on a boat, I will fill my days writing a novel. In that moment, as I sat there, I had no doubt that this other way of living, this creative life would set me free. 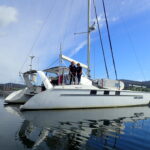 I poured out my heart to Dean that very night. He was gob-smacked but hugely enthusiastic. We set about researching boats and within a few months we owned one. Everything seemed to be moving quickly towards our dream. But as in any good crime novel, then came setbacks, four years of them: ruptured discs, major surgery, unexpected repairs on the boat, the slow reluctant shedding of a lifetime of hoarding. Finally, in desperation, we picked an arbitrary deadline—a high tide about six weeks away—driving hard at it like our lives depended on it. 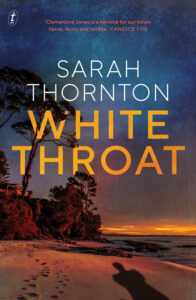 It’s been over two years since that high tide carried us away on our sailing catamaran. My first two novels have been published, and I’m well into drafting a third. So what’s the verdict on this ‘other life’? Prosecutors for the status quo would point to the extreme financial irresponsibility of the decision—witnesses recently placing me in op shops and drinking cask wine, an inspection of the crime scene finding there’s no dishwasher, no television and sometimes the sewage hold stinks. To this add moments of very un-fun terror—midnight in Bass Strait, thirty knot winds and five metre waves muscling up behind us like a black wall; our single engine failing as we headed into seas equally as threatening in Storm Bay; the race from Lady Musgrave Island to Bundaberg to outrun a tornado.

All these things are true. As are the exuberant pods of smiling dolphins, the sun-soaked beaches; the thrill of adventure and of discovery and of the sails swelling proud with power, the only sound the rush of water under our hulls.

But I submit, your honour, that none of these truths, good or bad, are relevant to the case at hand, for I have chosen this creative life and it has, indeed, set me free.

Sarah Thornton’s first novel, Lapse, was shortlisted for the Ned Kelly Awards and longlisted for the Davitt Awards. The second in the Clementine Jones crime thriller series, White Throat, was released by Text Publishing on 1 December 2020.