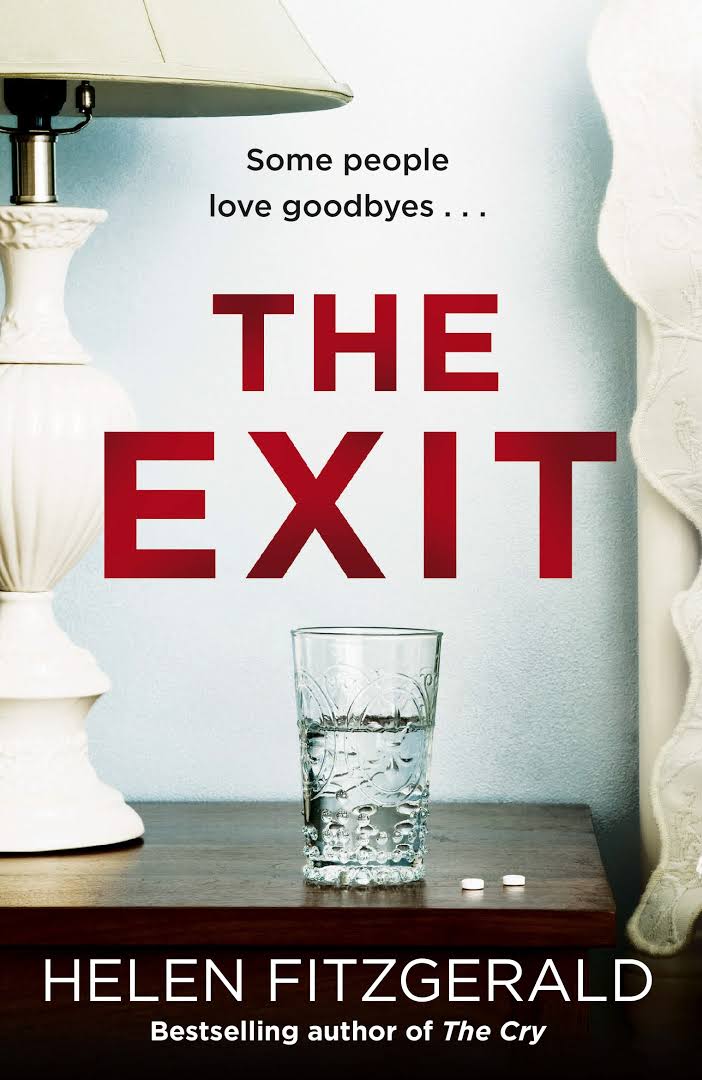 23-year-old Catherine is mainly interested in Facebook and flirting, but she reluctantly takes a job at a local care home after her mother puts her foot down – and soon discovers that her new workplace contains many secrets.

One of the residents at the home, 82-year-old Rose, is convinced that something sinister is going on in Room 7 and that her own life is under threat. But Rose has dementia – so what does she actually know, and who would believe her anyway?

As Catherine starts investigating Rose’s allegations, terrible revelations surface about everyone involved. Can Catherine find out what’s really going on before it’s too late?

This is the 10th book from Helen Fitzgerald, an Australian author based in Glasgow, who has established her name as a writer who can take on taboo subjects and treat even bleak ideas with humour and verve. The Exit fits neatly into that description, with a story set in a nursing home where Rose, an 82-year-old dementia patient and Catherine, a feisty but superficial 23-year-old, become an unlikely twosome.

It’s down to Fitzgerald’s accomplished writing that she manages to carry off such an off-beat plot. It certainly kept me turning the pages, even though on a second reading some of the plotting seemed less than organic, and the relationships between some of the main characters a bit forced.

The story is mostly narrated in the first person by Catherine, who is, as she describes herself, ‘cute as a button’ or a ‘vacuous narcissist’, depending on who you ask. Her character, superficial but honest, and better than she pretends to be, is convincing and engaging, and a main strength of the book. She had me hooked from the first sentence when she says about an interview for a position at McDonalds: “I didn’t get the job because I didn’t look happy enough”. That tone is sustained through most of the book and there are plenty of one liners that keep the story moving and develop her character. Lines like this:

‘Have you had any experience with the elderly?’

Having missed out on the job at McDonalds, Catherine finds herself working in a local nursing home and there she bonds with Rose, the author and illustrator of Catherine’s favourite children’s books. I admire the way Fitzgerald develops the character of Rose, showing her individuality and intelligence even while she has already lost most of her hold on reality. Rose has lucid times as well as confused ones, and she is still sharp enough to know that something sinister is going on at the home, something that Catherine tries to help uncover.

Of course, with Catherine preoccupied with dreams of taking off for a sybaritic life in Costa Rica and Rose unable to remember things, the detective work is rather hit and miss, and the situation more depraved than they can imagine.

The characters of Rose and Catherine kept me interested, even as the plot took an unlikely turn when her super organized, list-making mother is suddenly admitted to the very nursing home that Catherine is working in. Credibility is stretched further when it turns out that Catherine’s mother has paid for Catherine to work at the home. There are some other things that seem rather implausible, but I was happy to overlook them, because the underlying menace of online pornography is only too real, and a difficult subject to tackle.

Aspects of the book, especially the plotting and the tone, put me in mind of young adult fiction, and despite the macabre turn of events, there is something of a coming of age story alongside the thriller plot. That is not to say it’s not a good book for adults. Helen Fitzgerald has a way with words and a good understanding of people, and her fast paced style makes for a very entertaining read.