The joys of mystery with history: Q&A with Tea Cooper 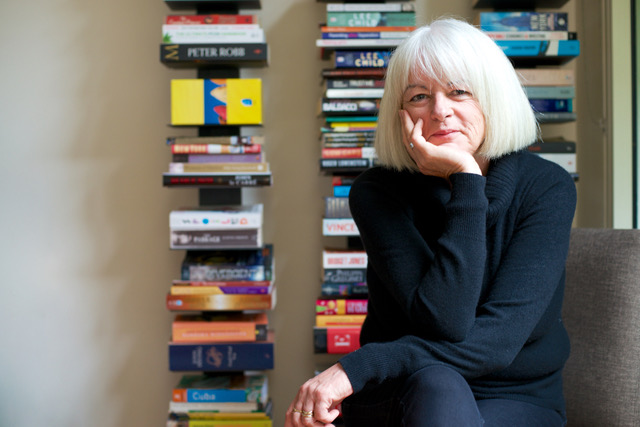 Welcome to Sisters in Crime, Tea. Your historical novels have a big fan base. I thought keen consumers of mystery and crime who haven’t yet read you would enjoy an introduction to your latest book, The Cartographer’s Secret, because its plot is based on long-standing mysteries. And I’m hoping you’ll also give us some writing tips.

Thank you for the invitation.

First up, potential readers should know that while your storyline concentrates on one region, the Hunter Valley in New South Wales, and two time periods, 1880-81 and 1911, there are references back to certain people and events in the 1840s. What caught your interest in 1840s’ history?

The Cartographer’s Secret, like many of my books, started in the museum in Wollombi, the village in the Hunter Valley where I live. I came across a copy of the map of Ludwig Leichhardt’s first expedition. I couldn’t understand why a map of Queensland would be hanging amongst the locally donated ‘domestic’ bits and pieces.

I took myself off to ask the local historian. He told me that many of the wealthy Hunter Valley settlers had helped finance Leichhardt’s first expedition. They were keen to expand their land holdings and find an alternative, and possibly faster, route to India for the horses they were breeding for the army. And so off I went down the Leichhardt rabbit hole where I discovered he had quite a connection to the Hunter Valley.

In 1880, teenager Evie is left at home while her sister and widowed father go off to Sydney. Could you say a little about Evie’s location and circumstances?

Evie has grown up cocooned in the security of the large family property, Yellow Rock, between Wollombi and Broke in the Hunter Valley. Her father is a surveyor and, if life had treated him more kindly, he would have ranked with many of the famous explorers—Blaxland, Oxley, Mitchell, Sturt and Ludwig Leichhardt—but an unfortunate accident shattered his dreams. He is obsessed by the disappearance of Ludwig Leichhardt.

It is an obsession that Evie has absorbed almost through osmosis. Unlike other children who grow up with fairy tales, fantasies of handsome princes rescuing princesses from marauding dragons and the like, Evie was told stories of a real prince—The Prince of Explorers, Ludwig Leichhardt. When her mother dies and her father and sister are forced to travel to Sydney, she feels bereft, deserted, and determined to regain her place in her father’s affections. 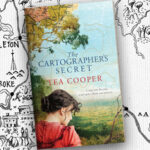 Evie has been drawing and illustrating a map for the last year. Is Evie the mapmaker of your book’s title? And why does she have this compelling interest?

Evie is the cartographer of the title. It is a skill she has learnt at her father’s knee. She has created a map of her world, her life—every place she has visited, every track she’s travelled and every story her father has told her of the vast valley she calls home.

Are there other maps and documents of importance in the plot? Anything so secret or valuable it might be linked to wrongdoing?

Before Evie’s father leaves for Sydney, he asks her to go through his papers. He has decided that, after 40 years, the time has come to publish an account of Leichhardt’s achievements, lauding him rather than dwelling on his disappearance. Evie unearths many documents, records of conversations and, of course, her father’s journal … and I’m not going to say anymore because we’re into spoiler territory!

In 1911, 25-year-old Lettie arrives at the property where Evie lived. Why has she gone there? What does she find?

After a family tragedy Lettie volunteers to inform her great aunt Olivia, but she is also escaping her own problems—not only the death of her beloved brother but also her mother’s scheming and her own dissatisfaction with the life planned for her. When she arrives at Yellow Rock, the family estate, nothing is as she expects. It is totally at odds with the picture her mother has painted.

With drovers once again camping on the property, there’s a bush dance around a bonfire. Lettie and her great-aunt join in. Hints of secret past relationships or potential romances?

The night the drovers arrive at Yellow Rock is a catalyst. Lettie realises that the family stories she has always believed are far from the truth. As I was writing the Cartographer, I became intrigued by the thought that there are so many stories about family history that are passed down from generation to generation that we never question. I set out to explore this and it became, unwittingly, the theme, if you like, of the book.

We’d better not give away any more of your plot. But are there other aspects of the novel you’d like to point out to readers?

More than anything I would like to acknowledge the help I had from the Wollombi locals in writing this story. Several of the people I spoke to at length have lived much of their life on the land—stockmen and blacksmiths, small farmers and large property owners. Many of the roads used today originated as stock routes. I was lucky enough to obtain a nineteenth century map of those routes. Every water hole, every property and every short cut is marked: another map which shaped the storyline.

As part of our annual Scarlet Stiletto short fiction awards, Sisters in Crime Australia offers a prize for a story combining history with mystery. Can you offer any tips on crafting a short narrative of this kind?

A short narrative would be far harder than a longer one! Maybe this comment has something to do with my ‘research process’, which in the initial stages tends to be somewhat random. I frequently disappear in search of forgotten links and stories. Nevertheless, research is the best place to discover historical gems. The highlight of my research-life is seeing the words ‘an unknown …’

I’ve never attempted a short story, but if I did I would concentrate on one small cameo. A snippet of fact. To a degree I did this with The Cartographer’s Secret. So much has been written about Leichhardt, so many theories put forward, over such a long time and many are ongoing. I had decided to focus on the Hunter region and because of that I stumbled on one line which set the book—Andrew Hume’s father was a stockman in the Hunter area. That enabled me to narrow down my research and discover the core of my story. My advice would be to find that nugget and build the story around it.

What tips would you offer women wanting to research and write longer history-mystery narratives?

Do it! Be prepared for a lot of research and absolutely don’t stick to one source. I like to use historical fact as the springboard for my stories, although I always write fictional characters. Including historical characters and facts gives the story authenticity. My aim is to write a plausible story. I want people to ask at the end of the book ‘is it true?’.

Thanks so much for giving us your time and advice.

It’s been a pleasure!

Tea Cooper’s work in progress is The Palaeontologist’s Story.

Click HERE to find out more about Tea Cooper.