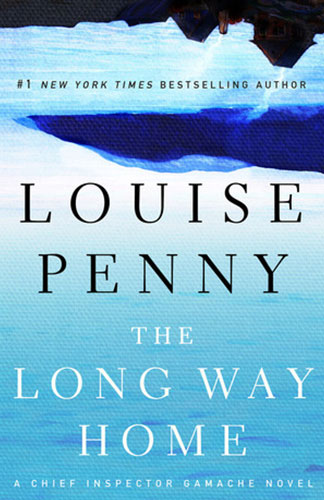 Author: Louise Penny
Publisher: Sphere
Copyright Year: 2014
Review By: Sandra Nicholson
Book Synopsis:
Former Chief Inspector of Homicide, Armand Gamache, has found a peace he’d never imagined possible, away from the front line of the police and in the tranquil village of Three Pines. But when his friend Clara Morrow asks for help, he can’t bring himself to refuse her, despite the old wounds it threatens to re-open. Clara’s husband, Peter, is missing, having failed to come home on the first anniversary of their separation as promised.

Journeying further into Quebec, Gamache is drawn deeper into the tortured mind of Peter Morrow, a man so desperate to recapture his fame as an artist that he would sell his soul. As Gamache gets closer to the truth, he uncovers a deadly trail of jealousy and deceit. Can Gamache bring Peter, and himself, home safely? Or in searching for answers, has he placed himself, and those closest to him, in terrible danger…

One of the things I look forward to around this time of the year is the release of the new Louise Penny, Three Pines book. I am an avid fan of Armand Gamache, Jean-Guy Beauvoir and all the characters who live in the village of Three Pines. I was particularly looking forward to this book, as I wanted to see how Penny would use Gamache and Beauvoir, now that Gamache has retired and moved to Three Pines with his wife, Reine-Marie.

This new novel, The Long Way Home, is very different, in some ways, from Penny’s previous nine Gamache novels. Place and characters remain the same, but where the others have started with a body followed by an investigation, in this novel an investigation commences which leads to bodies. So in essence it is a missing person investigation as opposed to a homicide investigation. Clara Morrow, a long term resident of Three Pine and friend of Gamache, has come to him and asked him for help to find her husband, Peter Morrow. Clara and Peter separated 12 months ago but they agreed that Peter would come home at the end of 12 months to determine whether or not they had a future together. Peter failed to return and Clara wants to find him to satisfy herself that his failure to return was not through ill health or worse.

In her acknowledgements, Penny mentions the influence of Joseph Conrad’s Heart of Darkness, Homer’s Odyssey and Marilynne Robinson’s Gilead and while reading this new novel I did detect shades of all of them in this work. It is definitely not a linear investigation that Gamache, Beauvoir, Clara and Myrna undertake as they set off from Three Pines in search of Peter. There are many twists and turns along the way, visiting the Art Academy where Clara and Peter met and following Peter’s journey as he seeks to find the tenth muse.
What motivates an artist is central to the theme of this novel. Obsession and passion about your art can have a positive outcome but it can also lead to murder. What may surprise is the identity of the victims and the methods used.

This was an interesting novel, which I enjoyed immensely and would recommend to anyone who wants to understand how a missing persons investigation really works. Penny handles it very well. They are difficult investigations and there are many false starts and dead ends before success may occur and these are all the things that she has captured through her protagonists.