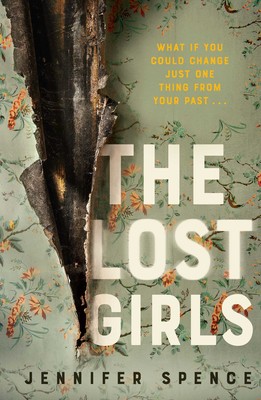 What would you do if you had the chance to change a pivotal moment from your past?

How far would you go to save someone you loved?

These are just two of the fateful choices a woman is forced to grapple with in this highly original and hauntingly evocative detective story of love and loss.

At the core of the enigmatic Stella’s story, past and present, is a mystery she is compelled to solve, a beautiful young woman who went missing fifty years ago – and a tragedy much closer to home she must try to prevent.

As Stella unravels the dark secrets of her family’s past and her own, it becomes clear that everyone remembers the past differently and the small choices we make every day can change our future irrevocably.

One afternoon, after watching a movie in the city, Stella gets on a bus to go to her suburban Sydney home and finds she has somehow gone back in time more than twenty years. She ends up pretending to be her aunt Linda, missing since she was a teenager and assumed to have run away. She also ends up staying with herself as a younger woman in her old house, re-experiencing her own life as a working woman with a husband and two children.

But the core of this novel is about her daughter, Claire, who was found dead in an alley at the age of 16. Stella thinks she has the chance to change what happened – after all, why else would she find herself back in time with Claire who is alive and only twelve, if not to somehow alter earlier events? But in her tracking of Claire’s friends and bad influences, and her impersonation of the missing Linda, she ends up following Linda’s trail as well.

This is a fascinating concept, well played out and without a misstep (as far as I could see). I kept waiting for something in the plot to reveal a hole or a glitch but it doesn’t happen. There are certainly lots of things to think about, and the necessary suspension of disbelief about time travel, but in the end it all makes sense.

It feels a little odd but also interesting to go back to that era, with very basic mobile phones and a litany of world disasters that haven’t happened yet (although Princess Diana’s death does feature). I was tempted to say this isn’t a crime novel, but in the end I decided it was – not the conventional kind, but it has deep mystery at its heart as well as death, and plays on our desire to know how and why and who that kept me reading into the night.