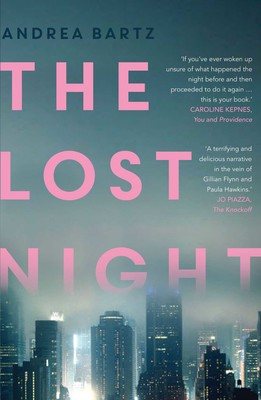 Edie was once the shining star in her 20-something circle in New York’s coolest neighbourhood. Like Andy Warhol’s muse, the seductive, beguiling and mercurial party girl had the social world in her thrall. Every girl wanted to be Edie, every boy wanted her, and she and her clique treated their slice of the city like a playground.

When Edie committed suicide at the end of a long, drunken night, no one could quite believe it. An overwhelming mix of grief, shock and resentment drove each of her ‘devoted’ friends into their own corner and, for years, that’s where they stayed.

Ten years later a chilling chance reunion forces Edie’s best friend to wonder if there was more to her death. When a deeply unsettling video from that wild and terrible, hazy night emerges she starts to wonder if Edie was actually murdered – and, worse, if she herself was involved.

As Lindsay turns detective on her own life, revisiting events everyone would rather forget and interrogating her own fractured memory, she is forced to confront the demons of her past. In a shocking twist, the truth emerges of what really happened that night …

The Lost Night takes the reader into a drug and alcohol fuelled world where memory is put to the test. The ‘woman with addled memory’ is a popular trope for crime and psychological thriller writers. What I liked about The Lost Night was the way in which Bartz used this framework. She shows us around Brooklyn in the early 2009s, in the aftershock of the global financial crisis. At this time, hedonistic pursuits and short-term gain were the fashion. What better an era to be young, fresh from colleague and ready to take New York by storm?

This is the setting for a complex story told from numerous viewpoints, some years after the sudden death of a friend. But for the characters in Bartz book, we see deeper into their flawed pasts and how those times shaped their view of the present. Add a ten year hiatus, and the truth becomes blurred as the characters put their own interpretation on the suicide of their young friend.

I liked the way the author explored themes of friendship, fidelity and jealousy, where you are only as popular as your network and where good-looking partners and networks help ease your way.

The pace of this story is fast moving, but the constant drag back to the events the night the main (deceased) character died, made me feel like I was swimming in porridge, in a good way: I felt I had to keep pushing through to get to the end of this intrigue.

I also loved the unveiling of tech highs and lows of the time, as our hero, Lindsay keeps picking at that scab that refuses to heal.