The murky world of crime: Q&A with Kate McClymont 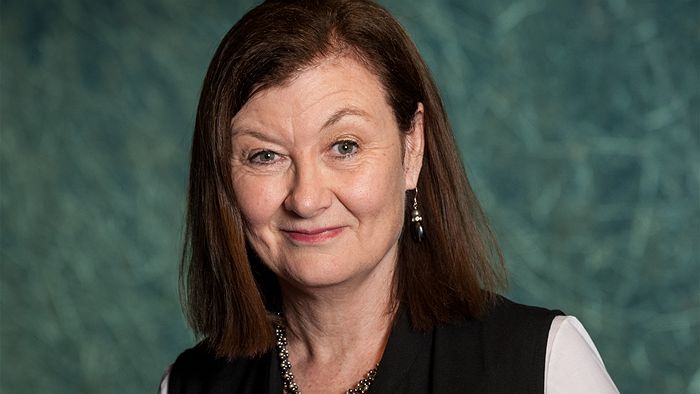 Kate, thank you for your outstanding, Walkley Award winning investigative journalism. And congratulations on your AM, awarded on Australia Day 2020.

Your latest book, Dead Man Walking, is about career criminals. We learn how one of them, Ron Medich, came to commission the murder of another, Michael McGurk, and what followed in courts and official inquiries. You and your colleague Vanda Carson put yourselves at considerable risk as you investigated, reported, and gave evidence.

It was quite nerve-wracking receiving a death threat at my home only days after McGurk’s murder. But you have to put those fears to one side otherwise you can’t do your job. I try to tell myself that threats – whether they are death threats or defamation threats – are mainly to stop you doing a story. And that is not going to happen!

Your title implies McGurk knew or feared he would die soon. Did you know about this before the killing?

Yes, McGurk told me about ten days before his murder that there was a ‘hit’ out on him and that property developer Ron Medich was the person who had ordered his murder.

Your subtitle is The Murky World of Michael McGurk and Ron Medich. I love the sound-alike play on murk and McGurk. Can you take the credit?

One of our very first stories in the Sydney Morning Herald was the “murky world of Michael McGurk” and sadly I can’t remember who was responsible for that.

“No fewer than three carloads of prospective hitmen congregated outside McGurk’s house that night.” It sounds farcical as well as awful. Where, when, who, etc.? And can we be certain who fired the fatal shot?

On 10 July 2009 (two months before the murder) three carloads of people turned up outside McGurk’s house. The previous night Joey Samman, who was armed, went with his brother Nizar and Nizar’s girlfriend to lie in wait for McGurk. McGurk saw these suspicious characters and actually chased them as they sped off. Joey Samman had been offered the murder contract by Haissam Safetli.

On the night of 10 July the Sammans arrived in one car. In another car was Safetli and his girlfriend Krystal. In a third car was teenager Chris Estephan, who had arrived at McGurk’s house with Safetli’s nephew, Adam Chahine.

As the weeks went by and Safetli couldn’t find anyone to do the killing, on the fateful night 3 September 2009 he decided he could not put it off any longer (especially as Safetli had spent the down payment). The only person he could get to help him was 19-year-old Estephan.

A year after the murder, as the police were closing in, Safetli tried to save himself by nominating Estephan as the person who pulled the trigger. The police have never been able to prove conclusively who it was, but they believe it was Safetli.

In the Sydney Morning Herald the day after the killing, you named Ron Medich as a person of interest. Medich still went out to lunch at his usual restaurant. Those present helped draft a statement saying Medich’s sympathy went out to McGurk’s widow and children. Yet there had been discussion about intimidating the widow. Really?

Like many things in this bizarre tale, imagine going to a restaurant, open to the street, less than 24 hours after you have organised a murder. But that’s what Medich did. His right-hand man Lucky Gattellari, who did Medich’s dirty work for him, later testified as to what was said that day. 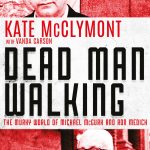 Your potted history of McGurk’s business and financial dealings left me wondering whether he ever paid a bill. Any comment?

I think McGurk paying any bill would have been a miracle!

And how about Ron Medich and his brother Roy: what was their history like?

In part, the seeds of the murder were sown when Roy and Ron fell out several years before the murder. Roy, the younger brother, was the more savvy of the two and kept the sycophants away from Ron while they were together.  There was some interesting evidence given in court about how Ron wanted someone to break into Roy’s house and “rough him up” without actually harming him. For his part, Roy remains furious that the Medich name has well and truly been tarnished by Ron’s criminality.

There were so many audacious scams and colourful characters. Do you have a favourite anecdote?

One of my favourites was the involvement of Roger Rogerson in the extortion plot. It’s hard to believe that while in the middle of undertaking a murder himself [of Jamie Gao], Rogerson, the most notorious ‘bad cop’, was trying to extract money from another murderer, Ron Medich.

Ron Medich associated with some big names in Australian Labor politics and was linked to alleged bribery and corruption in planning and development. The Medich brothers’ dealings with MPs and public officials in relation to land they owned at the Badgerys Creek site under consideration for Sydney’s second airport were the subject of a Parliamentary Inquiry you covered. Any comments?

In a city like Sydney, where real estate and house prices are among the most expensive in the world, corruption flourishes. It has always been this way and will continue to be this way.

Then there was the ICAC hearing into an infamous audio recording in the possession of McGurk. You and your colleague Vanda were involved. What were Commissioner Ipp’s findings and what was their significance?

I think Commissioner Ipp did not realise the extent of corruption in NSW. He took Medich at his word when Medich said that he was merely exaggerating on the tape when he spoke of bribing planning officials. Years later, when the Eddie Obeid case came before him, Ipp had come to understand that there are layers of corruption which operates beneath the surface of polite Sydney society.

By March 2009 Medich and McGurk were “going at each other hammer and tongs”? Was this over an especially important or unusual matter? And did it lead directly to McGurk’s killing?

Yes, it did lead to the murder. McGurk had double-crossed Medich by getting him to pay twice the value for properties that McGurk had bought on his behalf. But like everything other dodgy deal Medich did, nothing was ever in writing. So when he took McGurk to court, it was McGurk who won some of the preliminary legal skirmishes. This was something Medich’s ego could not handle.

After arrests began, horse-racing identity Les Samba was murdered in an inner Melbourne street. Samba would have been a crucial witness at Medich’s trial. His murder remains unsolved. What can you say about interference with witnesses?

It is hard to know who was behind the murder of Samba. Given his own serious links to organised crime, it was more likely that those links and not Samba’s connection to Medich, that lead to his murder. But who knows?

Eventually, in 2018, Medich was convicted of McGurk’s murder and the intimidation of McGurk’s widow. He lodged an appeal even before his sentence hearing. How’s that coming along?

Kate, are there any more observations you’d like to make about the murky criminal world and the enterprise of writing about it?

What always amazes me is the endless connections in the world of organised (or disorganised) crime. The same developers, lawyers, accountants, fixers and politicians seem to float in and out of the shady world populated by spivs and shysters.