The Nature of the Beast by Louise Penny 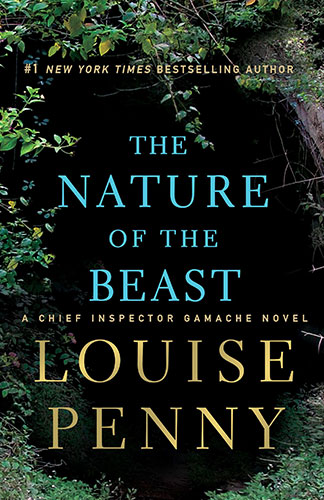 Author: Louise Penny
Publisher: Sphere
Copyright Year: 2015
Review By: Sandra Nicholson
Book Synopsis:
Hardly a day goes by when nine-year-old Laurent Lepage doesn’t cry wolf. His boundless sense of adventure and vivid imagination mean he has a tendency to concoct stories so extraordinary and so far-fetched that no one can possibly believe him. But when Laurent disappears, former Chief Inspector Armand Gamache is faced with the possibility that one of his tall tales might have been true. So begins a frantic search for the boy and the truth. And what Gamache uncovers deep in the forest leads back to crimes of the past, betrayal and murder, with more sinister consequences than anyone could have possibly imagined…

Each year I look forward to the new Three Pines adventure, however, this year I was concerned about the direction the story would take after the retirement of the main character, Chief Inspector Armand Gamache. Of course, Louise Penny was wise to move Gamache to Three Pines in retirement as it has ensured that he is still at the centre of all that happens, even if it is his son-in-law, Inspector Jean-Guy Beauvoir, that is now doing the majority of the investigations, with Gamache gently guiding him. Gamache has also maintained close links to his former colleagues, one of whom is trying to return to work.

The last book, The Long Way Home, was a departure from Penny’s usual approach in that it commenced as a missing person investigation and the murder was not revealed until very late in the novel. Although I enjoyed the novel, I was looking forward to a return to Three Pines and in this new novel Three Pines and its cast of characters are once again central to the development of the plots.

The Nature of the Beast again commences with a missing person, this time a young boy, Laurent Lepage, who is known to all in the village as a teller of tall stories. He had tried to get Gamache to go with him to see the ‘huge gun … with a monster on it’ he had discovered hidden in the forest. Gamache just believed this was another of Laurent’s stories, so he drove Laurent home without detouring into the forest, but that was the last time he saw him alive. Laurent left home on his bike the next day and when he didn’t return home for dinner, his mother contacted Gamache, only to find out that he had not been seen in the village that day. A search commenced and Laurent’s body was found beside his bike in a gully near the village. Initially, Laurent’s death is recorded as an accident but Gamache challenges this when it is discovered that the stick that Laurent always carried was nowhere to be found. He causes a wider search to occur and that is when they find the stick and the ‘huge gun with a monster on the side’. Gamache regrets not believing Laurent about the gun in the forest and becomes involved in directing the investigation.

A sub-plot is a play that the villagers are rehearsing – She Sat Down and Wept by John Fleming. However, the players all start to pull out of the play when they realise the true identity of the playwright – a vile murderer – who is still in maximum security for his crimes. There is a connection between the play and the gun in the forest, which is ultimately connected to the death of Laurent. What secret is Ruth Zardo, the poet, harbouring about this play and its writer? What does she know about the gun in the forest and what is its connection to the play? She is behaving strangely, even for Ruth, and as usual she offers nothing until there is no other option available to her but to tell Gamache what she knows.

It is a testament to Penny’s skill as a writer that she can start with three such diverse plots, the gun, the play and Laurent’s death, and draw them together at the end to complete a surprising and satisfying jigsaw puzzle.

This novel represents Penny at her best. This is Penny’s 11th Three Pines novel and yet the characters remain fresh as the secrets of their past lives are revealed. Many have come to Three Pines to heal, including Gamache, but they can’t completely escape the past.

I really enjoyed this book as I have all of Penny’s novels and eagerly await the next story about Three Pines and those who live there.