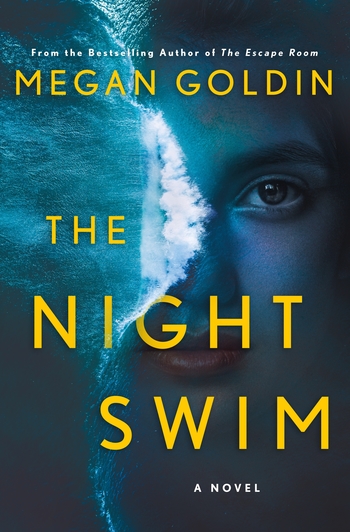 Ever since her true-crime podcast became an overnight sensation and set an innocent man free, Rachel Krall has become a household name – and the last hope for people seeking justice. But she’s used to being recognised for her voice, not her face. Which makes it all the more unsettling when she finds a note on her car windshield, addressed to her, begging for help.

The new season of Rachel’s podcast has brought her to a small town being torn apart by a devastating rape trial. A local golden boy, a swimmer destined for Olympic greatness, has been accused of raping the beloved granddaughter of the police chief. Under pressure to make Season Three a success, Rachel throws herself into her investigation – but the mysterious letters keep coming.

Someone is following her, and she won’t stop until Rachel finds out what happened to her sister twenty-five years ago. Officially, Jenny Stills tragically drowned, but the letters insist she was murdered. When Rachel uncovers startling connections between the two cases, past and present collide. What she finds will change not just the course of the trial, but the lives of everyone involved.

This accomplished thriller succeeds at many levels. The central and important subject of rape is compelling and challenging and the author deals with it head on. She does not avoid the ugly details of rape and sexual assault nor the confronting and varied social attitudes towards rape. As a character in the book observes, everyone agrees that murder is bad but there are many different opinions about rape. Victim blaming in rape is common – what was she wearing, maybe she consented then changed her mind afterwards, why did she go off with him in the first place and so on. The fact that the alleged perpetrator – a sporting hero destined for sporting fame whose life could be ruined by a conviction – is the son of a prominent local family highlights the relevance of social standing in these contested circumstances. The alleged victim in the earlier case with which Rachel becomes involved is from a family with very little social or economic clout. The importance of power imbalance is clear in both cases, as are the terrible consequences for the two girls involved – one whose life was ended and one whose life has been shattered.

The story is well structured and different perspectives are presented on both the earlier tragedy and the current trial. Despite her initial reluctance, Rachel is drawn into investigating the fate of Jenny Stills. We learn of the claims of Jenny’s younger sister, Hannah, via the letters she sends to Rachel. Based on this information and interviews with witnesses, Rachel uncovers more details and inconsistencies about Jenny’s so-called accidental death. Many long-held secrets in the small town are revealed and the reputations of more than one person could be at stake. The reputations of both victims have already been damaged of course and unfounded rumours abound.

We also follow the trial as reported on Rachel’s regular podcasts. The well-described court proceedings shed a harsh light on the drama involved. Rachel explains the ploys utilised by the prosecutor and the defence counsel to engage the sympathy of the jury for their side of the case. She exposes the trauma of victims having to relive the experience of assault in giving evidence as well as their fear of a gruelling cross examination. These fears are often the reason for victims in these cases not going ahead with their complaints. Unexpected developments disrupt the progress of the trial and the verdict.

The past and present stories are blended seamlessly and using the perspectives of Rachel and Hannah, as well as the podcast transcripts, advances the narrative compulsively. The characters are well-drawn and the ending works well. This is a powerful, confronting novel about a very significant subject and a reminder that there are no real winners in these circumstances. It is very timely in the #metoo era.