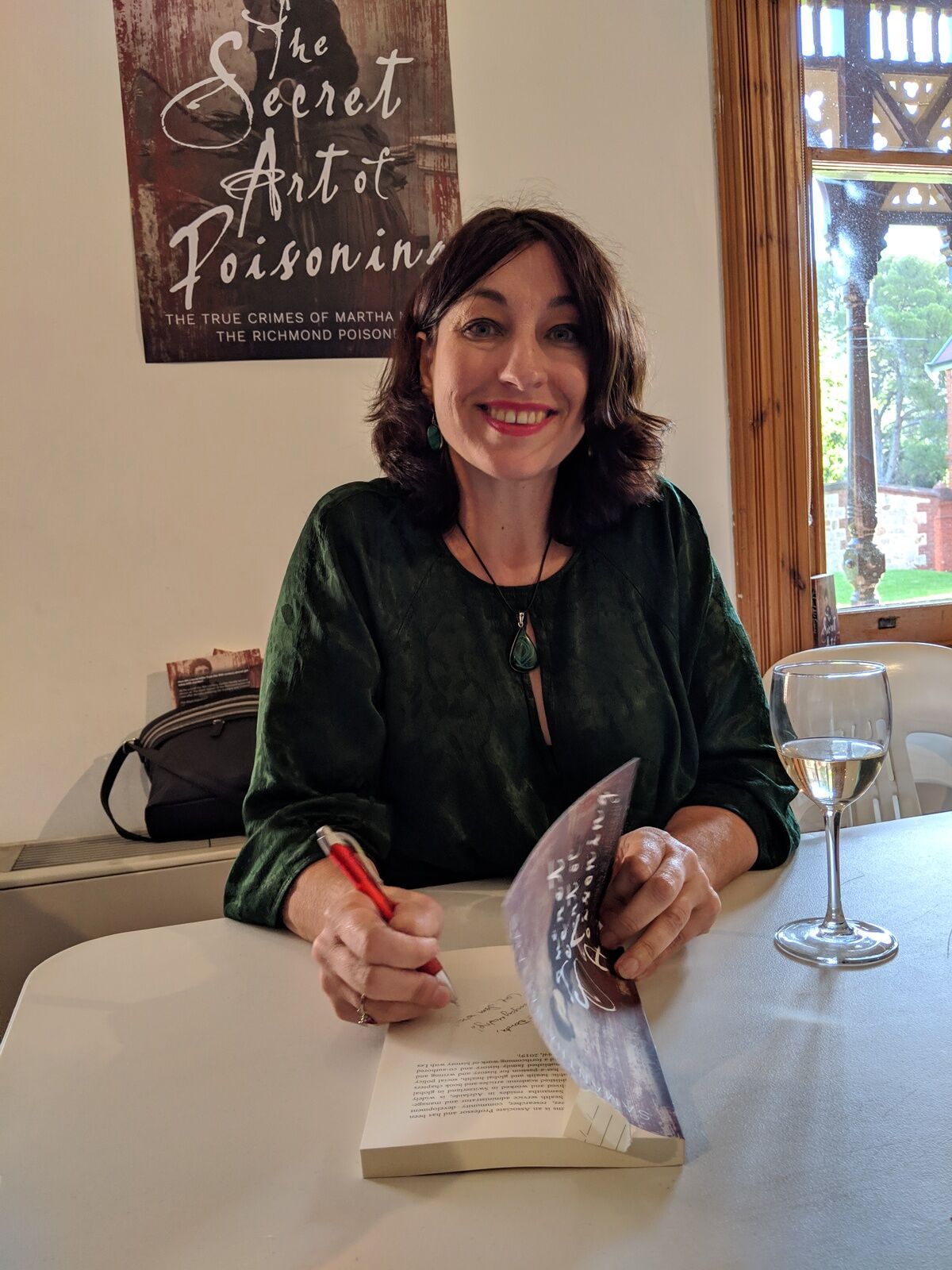 Some would say it’s because I’m a Gemini, but I have the habit of doing two projects at once aside from my regular career. True to form, this year I will have my first two books published: a true crime tale, The Secret Art of Poisoning and The Red Devil (written with Les Parsons). Researching and writing these books occurred alongside my career in public health and other major life events, such as moving back and forth to Switzerland.

I came to write these stories through writing a family history, whilst I was also doing a PhD. I was motivated to find out about my father’s ancestry, whose origins were not only a mystery to me as he died when I was young, but also because he was adopted – the law in SA only changed in 1997 to enable me to find out more. Having older parents meant no grandparents to pass down stories. I wanted to verify and find out more about the stories passed down by my mother – she was the ‘storyteller’ and I was the ‘story catcher.’

Upon the completion of the family history, my nephew asked if I would be interested in assisting with a book on a pioneer aviator (The Red Devil). As I was researching that book, including the Smith Brothers landing back in their home state of SA after the first ever UK-Australia flight, I came across the extraordinary tale of Alexander Newland Lee, who in 1920, the same week the Smith brothers landed in Adelaide, murdered his wife and three of his seven children. Such a crime was extremely unusual at the time, and the people of Adelaide were lined up outside the courts waiting to hear full details of the post-World War 1 case.

Further research would uncover that Lee was the nephew of the infamous serial murderer Martha Needle, “the Richmond Poisoner”, who originally hailed from South Australia. Was Lee aware of his auntie’s poisoning crimes? Were the motivations for the crimes similar?

It soon became clear that Martha Needle’s tale was the ‘real story’. No full book had been written about her at the time (2010) and the connection between auntie and nephew was not publicly known. I would soon tell someone about this connection at the SA Police Historical Society who would then pass it on to a person at the Old Adelaide Gaol Preservation Society who would write an article and put it in the public domain online.

Some of the things that amazed me about the 19th century period I was researching was the complete lack of privacy – everything could be read about in the daily papers, from the desertion of Martha’s father and her mother’s subsequent application to the Destitute Board for money, to her step-father’s abuse, and all the sordid details of her alleged crimes – even crimes for which she was not yet being tried for (nor ever would be). It was trial by media for crimes that she had not yet been charged for! Surprising facts along the way included those about the ship Fitzjames. Moored off the coast of Largs Bay, it was a hulk containing children as the reformatory school in Adelaide was too full – some boys lived on it without going ashore for 9 years!

I fully researched Alexander Lee’s story and was amazed at the reoccurring themes in both tales – Lee was infatuated with his nurse of German origin, at the Willows Hospital in the Barossa Valley whilst Needle’s fiancé (whom it was claimed she met in Melbourne) was German speaking and also hailed from the Barossa Valley. These poor victims were outsiders in the community, especially post- World War I. 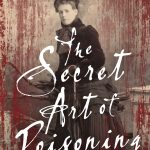 I had stopped writing these tales for a time, as life got in the way, and started and stopped. I took the books up again and was in the process of doing edits of the The Secret Art of Poisoning after a structural review. At this time I was coming back from a long weekend trip to Melbourne when to my surprise – and horror – I saw Martha Needle’s face on the front cover in a bookshop at Tullamarine airport. The first full book on the topic! It was shortly after that I did a self-publishing course at the SA Writers Centre and decided to self-publish my version of the book with the assistance of a self-publishing service.

Eventually I would also have to ‘let go’ of the Alexander Lee part of the story, and the chapter on him is now a short story (available on my website). It was great to get the Martha Needle book out in February, quite a dark tale to be researching and writing for so long! The book was launched at the SA History Festival in Adelaide in April and at Readings St Kilda in May, with the support of Sisters in Crime.

The Red Devil will be published by Wakefield Press and launched in pioneer aviator Harry Butler’s home town of Minlaton on the 3 August, and 17 August at the SA Aviation Museum – around the 100th anniversary of his first airmail crossing over water in the southern hemisphere. I was asked at the launch of The Secret Art of Poisoning at Readings, if there is a murder in that book – sorry to disappoint!

I have started my next book, and it comes back to the tale of the family history. It was through that research into my father’s ancestry that I discovered that my great-great-great-grandfather was pioneer winemaker Johann Gramp, the first commercial winemaker in the Barossa Valley. He was an orphan from Bavaria who was on one of the first two boats to come from Hamburg to South Australia in 1837. Unlike subsequent Germans, he was not a Prussian fleeing religious persecution. And from some oral history passed down through distant cousins met, there might just be a true crime story in that!

Dr Samantha Battams lives in Adelaide and is a non-fiction author, public health academic and consultant. Her first two books are The Secret Art of Poisoning: The True Crimes of Martha Needle, The Richmond Poisoner (2019) and (with Les Parsons) The Red Devil: The Story of South Australian Aviation Pioneer, Captain Harry Butler (forthcoming, Wakefield Press).