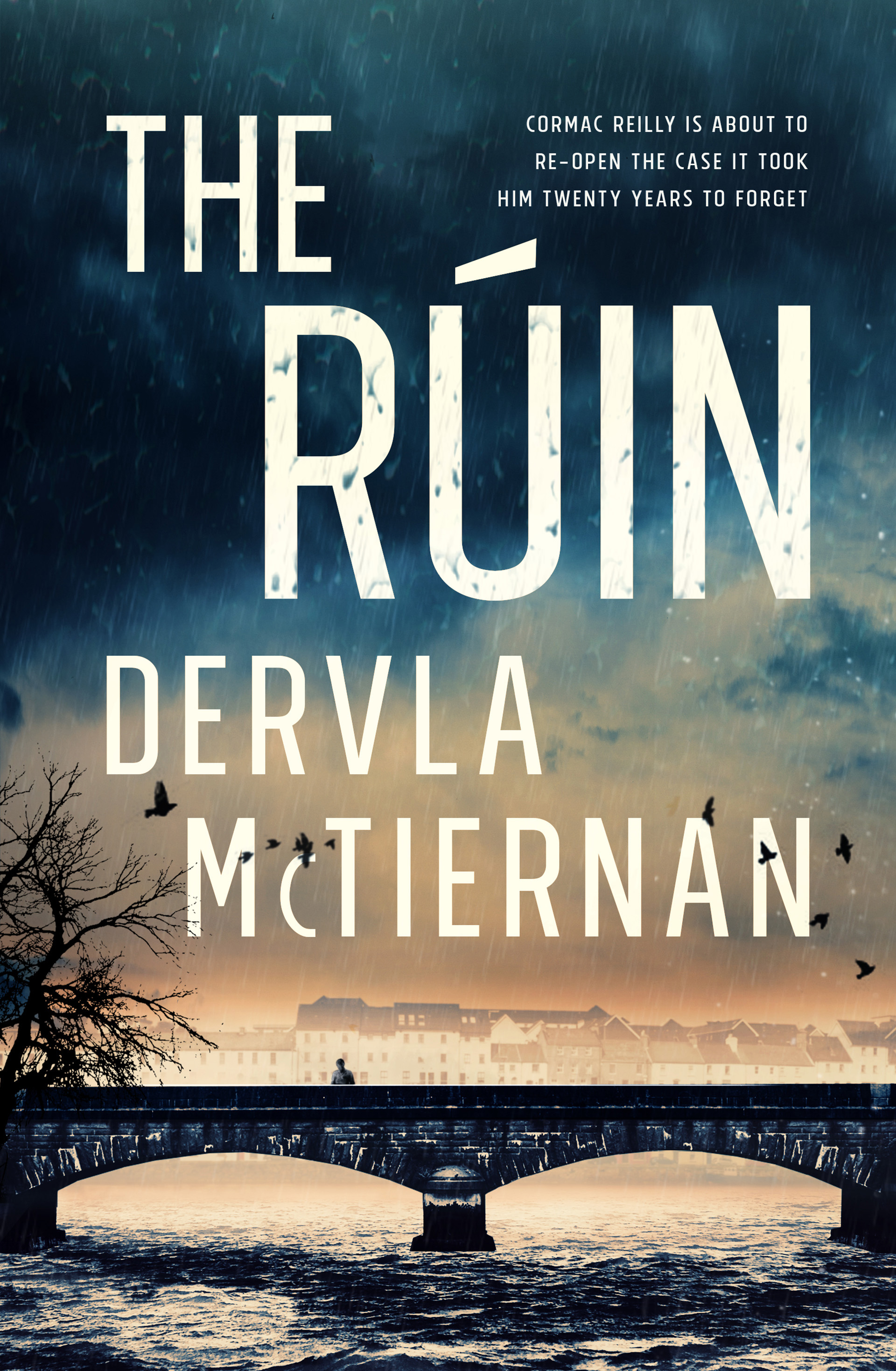 DS Reilly returns to small-town Galway after stepping down from his high-ranking Dublin job to support his partner’s career. When a body surfaces in the icy River Corrib, he is plunged back into a cold case that has haunted him for twenty years – the death of a mother of two small children.
What links the two deaths, two decades apart? As he navigates his way through police politics and the ghosts of the past, Detective Reilly finds himself questioning who among his colleagues he can trust. The Rùin draws us deep into the dark heart of Ireland and asks who will protect you when the authorities can’t – or won’t.

By the time I had read the first 40 pages of The Rùin I was shaking my head in disbelief that this was a debut novel. The writing was so beautiful, the characters so deeply drawn and the plot so complex that it felt like I was in the hands of an author who has been writing for decades.

This book came from a single image in Dervla McTiernan’s head: a brother and sister sitting together, holding hands, on the stairs of this crumbling Georgia house. McTiernan gave them names, Jack and Maude, then created a terrible and vulnerable world for them to inhabit.

We briefly meet Jack and Maude, and rookie policeman Cormac Reilly, twenty years earlier when their lives intersect for one brief, difficult afternoon. An encounter that will thread its way through the present-day story as it unfolds.

The Rùin is set in Galway on Ireland’s west coast and I felt like I was there from the moment I started reading. Atmospheric, wonderfully descriptive – I remember looking out my window at one point and felt surprised it wasn’t raining. It was bucketing down in Galway and I realised then I was completely lost in Dervla McTiernan’s world.

If I describe the plot I will spoil some of the story for you and I don’t want to do that. McTiernan has explored themes around the vulnerability of neglected or abused children; she has created a world into which those children have become adults. I loved how she sketched those vulnerable characters, even when she left me aching for them.

And I loved how she made the inner workings and conflicts within a police station seem so simple. When I reflected on the various relationships among the police I realised she had given every single one of them an individual and complex relationship with Cormac Reilly. Yes, there were tense working relationships, resentments, secrets, office politics and professional jealousies.

McTiernan’s touch is so deft and masterful, her storytelling so creative and her plots so full of twists and surprises that I didn’t want the book to end. I love the world she created, the characters she filled it with and I especially love the small, surprising, tender, cruel moments. I think it was the small moments that set The Rùin apart for me.

It was also wonderful to read that Sisters in Crime influenced Dervla to write The Rùin. In 2015 she was shortlisted for the Scarlet Stiletto Award and this gave her the inspiration to write this wonderful debut novel.
Recommendation: Run, don’t walk, to your nearest bookshop and buy this novel.