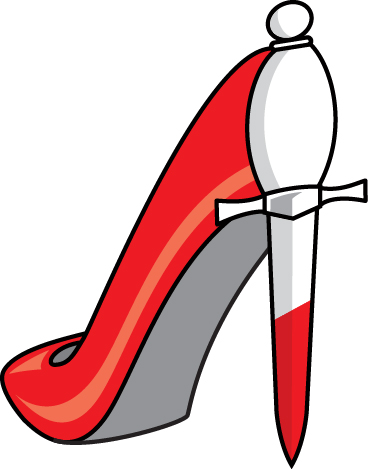 The idea for a national award for short stories, written by Australian women and featuring a strong female protagonist, was cooked up over a few glasses of wine in 1994 at a convenors’ meeting in St Kilda, Victoria. The purpose was to support and unearth new talent.

This has been achieved in spades.

When Cate Kennedy won the inaugural Scarlet Stiletto Award in 1994 she admitted to learning an important lesson. After labouring for weeks on her entry, she then quickly knocked off a second story – just for fun; and entered both. She said: ‘I had to make sure I didn’t go away thinking, “God, that was like the dentist, never again”.’

It was that second story that won First Prize; although her first-written one was commended.

Cate took out First Prize again in 1995, and a second entry of hers won Third Prize. With such talent already showing its colours, Sisters in Crime’s convenors decided on a ‘two strikes and you’re out’ rule – to give other (new) women writers a chance to shine.

It’s now become the goal of every shoe winner to earn their ‘pair’ (though to date only Cate Kennedy has a matching pair). Two-time shoe winners are invited to become judges of the competition.

Click here for the results of the 2019 awards presented by Geraldine Hakewill (the full script is attached).

Details to come but prize money and conditions will be similar to 2019.