The Scarlet Stilettos are something else: Kelly Gardiner 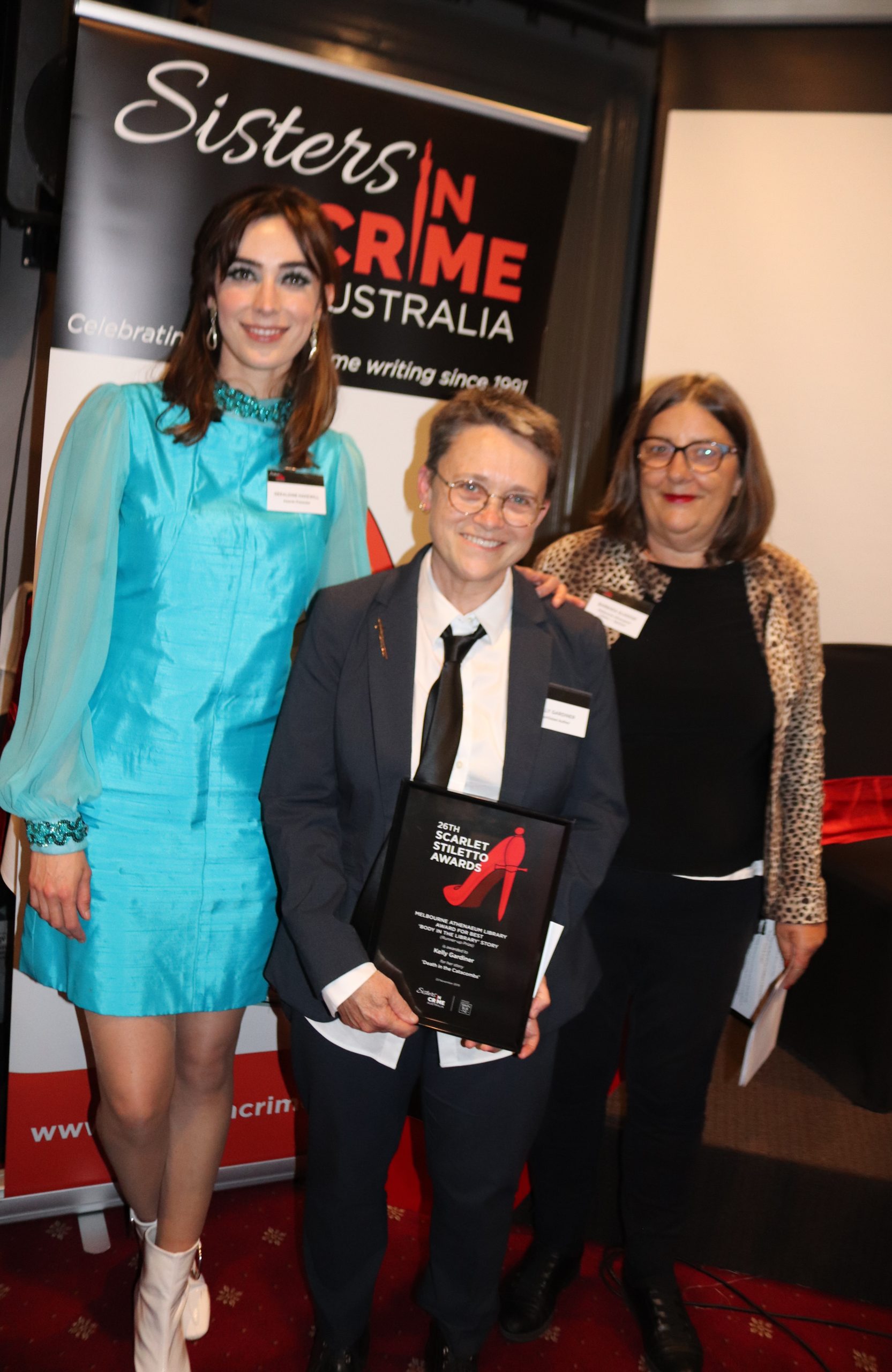 Last year, I was house-hunting. I looked at a million houses and most of them were too small or pretty grotty. Then I looked at one house – also small and slightly grotty – and in the current tenants’ study there was a Scarlet Stiletto certificate on the wall. I resisted the temptation to read the name on it, but whoever she was, she may have unknowingly sealed the deal. A writer lives here, I thought. I guess I can, too.

It sometimes seems there are award announcements every week. There are some that create a huge splash, like the Miles Franklin or the Booker or the Stella. There are Premier’s awards, niche awards, genre awards, local awards, and a few that look just a bit dodgy (entry fee $50 and prize money $150!).

Every award holds real meaning for the people on the longlists, shortlists and of course the eventual winners.

But the Scarlet Stilettos are something else. Before the awards ceremony, I imagined – and this is my first time on the shortlist – that I was about to be inducted into some kind of secret sisterhood. Twenty-six years. I guess that’s hundreds of shortlisted stories, dozens and dozens of women – all writers. That’s a lot of certificates, and a mighty big sisterhood. I figured there might even be a secret handshake that you only learn on awards night.

I’m thrilled that my story was shortlisted this year. I’d love to say, like Cate Kennedy in those early years, that I just whipped it up at the last moment, but it’s not true. One morning late last spring, I leapt out of bed with an idea and wrote and wrote – ignoring the fact that I was supposed to be working on a completely different story that day – in one of those frenzied sessions where you forget to eat but it doesn’t matter because everything seems to flow. Every so often, I’ve gone back to it and tweaked a bit here and there. I knew all along it was a story for the Scarlet Stilettos. That helped.

And then finally entries opened and I could send it off. I love that you have to print out your story and put it in an envelope, so you get that old-fashioned feeling of inserting it through the letterbox slot and wishing it bon voyage. So much more satisfying than email.

And you think about all the women all around the country, printing out their stories, sending them off, wishing them luck. All part of the broader sisterhood of crime writers, of an amazing literary lineage, and all winners – for writing, for reading, for finishing the damn story, and for entering.

On the big night, I was a little nervous but mostly vastly entertained by people’s [60s] outfits, the great talent on stage, and the showcase of brilliant writing talent. Also the pudding. And to top it all off, I came home with a certificate of my own.

But if anybody knows the secret handshake, do let me know. (If there isn’t one, I’m totally going to invent it.)

Kelly Gardiner  won the Melbourne Athenaeum Body in the Library Runner-Up Award ($500) for her story, “Death in the Catacombs”, set in the State Library of Victoria. Her new series is the YA time-slip trilogy, The Firewatcher Chronicles. Kelly teaches creative writing at La Trobe University.