The Second Son and The Silent Listener 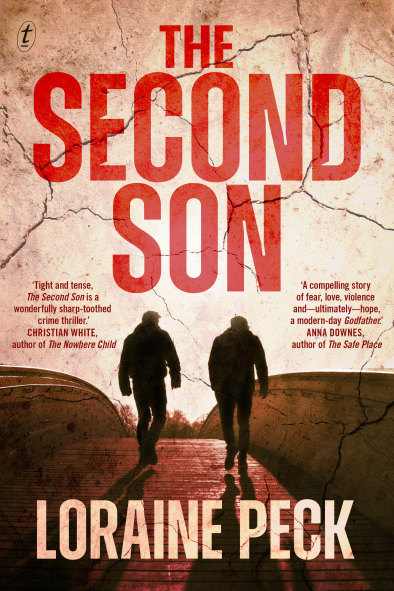 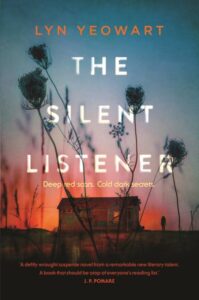 Two debut crime novels about families (the sort that screw you up) from opposite ends of the genre spectrum. While Loraine Peck gives us a fast-paced gangland thriller set in the western suburbs of Sydney, Lyn Yeowart offers a more reflective excursion into Australia’s regional heart of darkness. Good news – they are both impressive, although The Silent Listener may haunt you longer.

Haunting The Second Son is the troubled history of the Balkans. When Croatian Johnny Novak is woken up in the middle of the night to be informed that his elder brother Ivan has been shot and killed, the go-to assumption is that this is a revenge crime perpetrated by a rival Serbian family. Johnny’s father, the hulking Milan, who keeps a machine gun strapped to the bottom of the kitchen table, definitely thinks so and wants Johnny to revenge them right back.

His second son is not convinced. Johnny’s not made of the same flammable stuff as his father and older brother and has a beautiful anglo wife, Amy, and a blond-haired son to prove it. Johnny is, in fact, a whole lot smarter and thinks the local biker gang led by the tattooed Ink Slater might be involved. But it’s the women who are the real strength here, from Milan’s big-boned wife, Branka, who combats her grief by retreating to the kitchen to make something with flour, eggs and “slow, silent tears”, to Amy, who gets to show her mettle in a plot that keeps on twisting.

The Second Son is written in the first person, from Johnny and Amy’s alternating points of view, a neat strategy that gives the reader a behind-the-scenes glimpse into just what each is keeping from the other. The use of the present tense – “my hands are numb on the steering wheel” – adds to the immediacy as we scoot through to a final reveal that sets everything up for a sequel.

Lyn Yeowart also begins with a death, only this time it’s an old man in bed. “The moment he dies, the room explodes with life,” his daughter Joy tells us before embarking on her first quest: a hunt for the leather belt with which he routinely beat her and her brother Mark. A godly man and a pillar of the community, George Henderson was a sadistic bully behind closed doors.

It’s a grim scenario, but Yeowart explores it in alternating time frames that gradually reveal how this violence became stitched into the fabric of their family. It begins when the handsome George meets Gwen in 1942 and takes her to his rundown farm, where she soon learns just what is expected of her as a dutiful wife. There’s an apotheosis in the 1960s during the Christmas holidays as the young Joy prepares to attend high school, and a final reckoning in 1983, when Joy returns to their farm in regional Victoria to nurse her father through his final illness.

But it’s the experience of the young Joy that sits at the heart of this narrative, as she goes about her onerous daily chores with the eels from last night’s stew roiling in her stomach. Joy is trying so hard to be good, to avoid her father’s wrath and the inevitable belt, but she’s also a child with a vivid imagination that enables her to imagine how things might be different.

Joy sees words as images. Prejudice, for example, is “a winged dragon with black talons and glittering scales”, while the word bubbles manifests as “pink camellias”. There’s a fascination with language woven throughout that does indeed merit the adjective “literary”.

Joy’s take on the world is unique – and not without its moments of bliss. But life on the farm is hard, and her hatred of her father such that she is ultimately suspected by the local policeman of killing him on his deathbed. There are other mysteries to solve too, including the disappearance of young Wendy Boscombe from the neighbouring farm back in the ’60s, and whatever happened to Joy’s sister Ruth. Vivid and heart-rending, The Silent Listener is simply unforgettable.