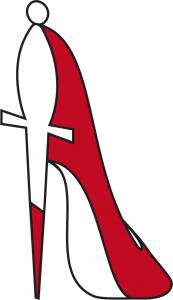 A record 27 stories have made it to the ‘shotlist’ for Sisters in Crime’s 22nd Scarlet Stiletto Short Story Awards. Danielle Cormack, star of Wentworth will present the awards at a gala dinneron Saturday 28 November at Melbourne’s Thornbury Theatre.

The ‘shotlisted’ authors come from all over Australia and compete for a record $9,350 in prize money plus the coveted trophy, a scarlet stiletto with its steel heel plunging into a perspex mount, for the overall winner.

Michaela Lobb, the Scarlet Stiletto Awards wrangler, said that the judges had been blown away by the quality of this year’s stories.

“Traditionally most of the ‘shotlist’ are emerging writers but this year there are also 11 writers with books, nearly all crime books, under their belts. One of the authors, Annie Hauxwell, has the distinction of coming second to Cate Kennedy in the very first Scarlet Stiletto Awards, back in 1994. She has now published three books in her Catherine Berlin financial investigator series in Australia, the UK and Germany, with a fourth due out next year,” Lobb said.

“Quite a few authors are serial offenders and some authors are also ‘shotlisted’ twice. As we all know, crime runs in families and this year again we have a mother and daughter ‘shotlisted’ – Kylie Fox and her daughter Gabrielle Carmel. Last year, Kylie and another daughter, Bridie Carmel, made it to the finals.

This year for the first time Sisters in Crime is awarding a Best Financial Crime Award and a Best Romantic Suspense Award.

At 8pm, prior to the award presentations, Danielle Cormack will discuss her ‘life in crime’ (and much more) with crime author and performer,Jane Clifton.

Lobb said that the Scarlet Stiletto Awards would also pay tribute to the Grande Dame of Crime – Agatha Christie.

“This year marks the 125th anniversary of Christie’s birth. According to The Guinness Book of World Records, she is still the best-selling novelist of all time. Her novels have sold roughly 2 billion copies. She also remains the most-translated individual author, having been translated into at least 103 languages (Harry Potter has only been translated into 73!),”Lobb said.

“During her writing career, Agatha turned her hand to the short story as an art form. Altogether, she wrote 154 short stories – 153 of which were published in her lifetime in 14 collections.”

Every Cloud Productions, the producers of the internationally-acclaimed crime drama,Miss Fisher’s Murder Mysteries, is for the first time offering sponsorship of the $1500 first prize.

Echo Publishing, the new adult publishing wing of The Five Mile Press, is the sponsor for 2nd prize ($1000). Long-time supporter, HarperCollins Publishing, is offering a new award for romantic suspense ($500).

Click here to book. Bookings close Monday 23 November. All seats are limited so book early — individually or in tables of up to 10: