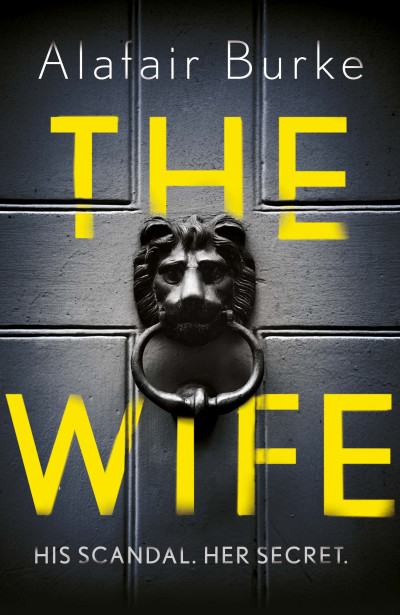 When Angela met Jason Powell, while catering a function in the Hamptons, she assumed their romance would be a fling. But, Jason, a brilliant economics professor at NYU, had other plans, and they married the following summer. The marriage meant a fresh start, a chance for Angela and her young son to move to Manhattan where no one knew of her tragic past.

Six years later, her husband has become a successful and celebrated liberal figurehead, but when a college intern and then another woman come forward with allegations against him, their perfect life begins to unravel. Jason insists he is innocent, but Angela is forced to ask how well she ever really knew her husband, and if she can afford to stand by him and risk her own past being revealed.

Alafair Burke is a former prosecutor who is currently a professor of criminal law, and an author with New York Times best-seller status.  Readers may be familiar with her series characters: Deputy District Attorney Samantha Kincaid, and, more recently, NYPD detective Ellie Hatcher.  Samantha and Ellie are both women who, in the author’s words, excel in fields dominated by men.

In Burke’s latest, stand-alone psychological thriller The Wife, much of the story is narrated by a woman of a very different stripe: Angela Powell is a home-maker and mother who has built high walls around her private life (her reasons for doing this emerge as the story unfolds), even as her husband, an influential academic, has been actively seeking the public stage.

Instability is inherent in this asymmetry, and from the start of the book the foundations of Angela’s carefully-erected defences are being eroded.  Her husband, Jason, has been accused of sexual misconduct – and one of his accusers has disappeared.  Given his high profile, Jason is under intense media scrutiny, and much of the tension in the narrative stems from Angela’s need to keep her past sealed off, while grappling with how far she will go to keep her marriage intact.

Along the way Burke explores issues of trust and loyalty within relationships, community and individual responses to allegations of sexual harassment/assault, and the psychology of survival in abusive relationships.  Much of the early part of the narrative, which turns on the “he said, she said” dynamic, is eerily apposite since, given the lag between writing and publication, Burke must have been working on the text before the emergence of the MeToo phenomenon. The book is certainly not meant as polemic and it doesn’t read that way – but during the early sections particularly, it’s hard not to have in mind the complexities and ambiguities around the movement and the backlash inevitably emerging, notably in France but also in the USA and elsewhere.

Burke handles her themes with considerable insight, while deftly navigating some fairly technical aspects of plot involving investigations and the interplay between criminal and civil proceedings.  In all these areas, her law enforcement experience serves the work solidly without dominating it.

Burke’s previous novel, The Ex, was nominated for the Edgar Award for Best Novel.  She’s a skilled technician, and while I might perhaps quibble slightly with pacing in this book, she succeeds in pulling off a particular narrative feat which is notoriously difficult to execute.

A sure-fire test of a good psychological thriller is the extent to which the reader feels the sands of certainty constantly shifting under her feet.  On this measure, Burke succeeds admirably.