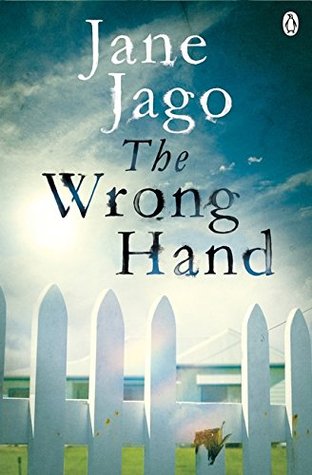 We all make mistakes. Moments that change us and the path we are on irrevocably. For Rachel Allen it was the moment that she let her son’s hand slip from hers. For Danny Simpson and Graham Harris it was the moment one of them took it. Seven years ago Danny and Graham were just children themselves, angry, marginalized and unguided. That was, until they committed a crime so heinous that three families were left devastated. They were no longer just boys. They were monsters. Released from juvenile detention, it is time for the boys, now men, to start again; new names, new people. But they can never escape who they are or what they did. And their own families, now notorious; the Allens, destroyed with grief; and the country at large have never been able to forget. They will always be running. They will always be hiding. But are some mistakes too large, the ripples to far reaching, to outrun forever?

This novel is definitely not a whodunit but instead more of a ‘whatwasdone’, although this is revealed well before the end of the book. The story is clearly inspired by a famous case involving the abduction of a young child in England in 1993.

The story draws the reader into seeing the world from others’ points of view: most of us, thankfully, are not the perpetrators or victims of violent crime, nor members of their close family – nor are we members of the police force or journalists affected by a close proximity to the events. It is difficult to not feel sympathy for the two young men – for their experiences during detention (not really mistreatment but simply the reality of necessary steps by the authorities) and the difficulties, including their own demons, which they must face after reinsertion into society.

From the start I found the story interesting, however I was somewhat confused by the structure: chapters or sub-chapters, often quite short, were jumping from character to character and time frame to time frame. Despite the confusion, I did admire the general style and quality of the prose. I was about halfway through the story before I started to feel drawn into it.

I am not aware of having read any stories that have drawn me so completely into the psyche of criminals, especially young criminals. An interesting read.