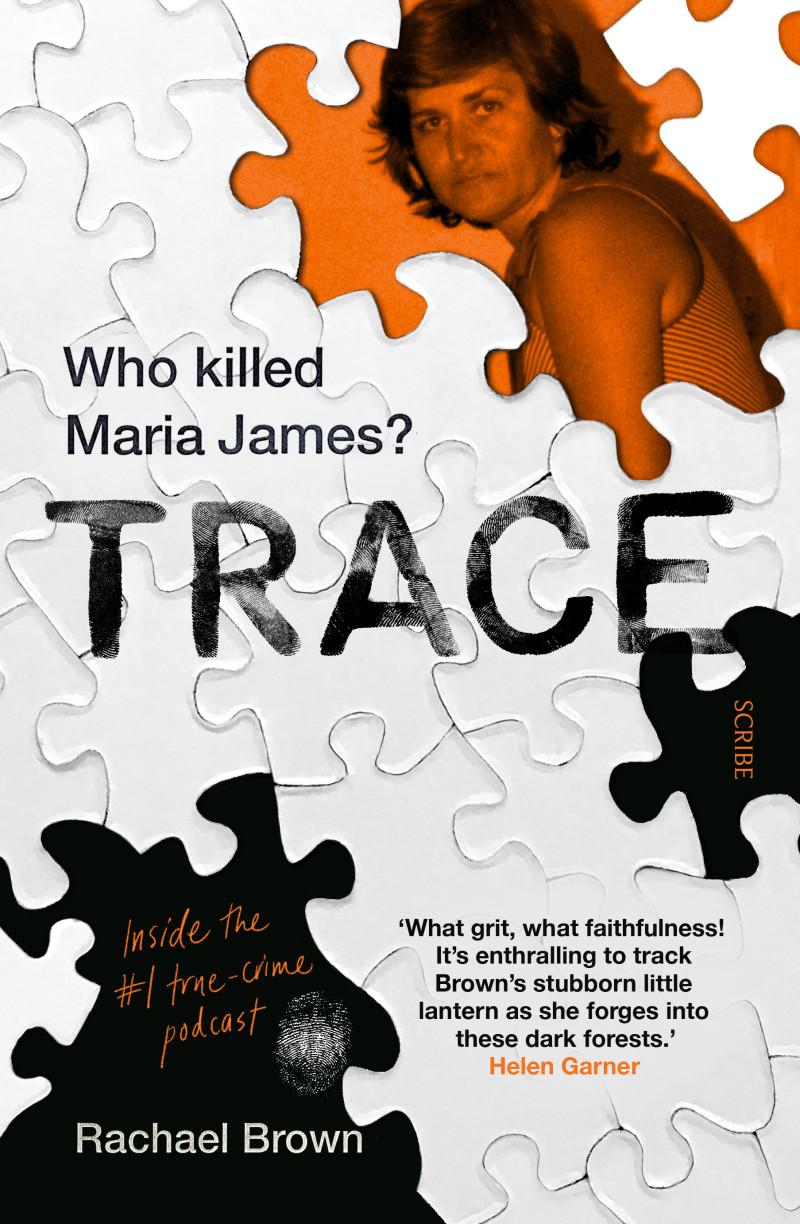 Every cop has a case that dug its claws in and would not let go. For veteran detective Ron Iddles, it was his very first homicide case — the 1980 murder of single mother Maria James at the back of her bookshop. He never managed to solve it, and it still hurts like hell.

Maria’s two sons, Mark and Adam, have lived in a holding pattern longer than Rachael Brown has been alive. When the investigative journalist learned that a crucial witness’s evidence had never seen daylight, the case would start to consume her — just as it had the detective nearly four decades prior — so she asked for his blessing, and that of the James brothers, to review Maria’s case.

In her exhaustive and exhausting 16-month investigation for the podcast Trace, Rachael reviewed initial suspects, found one of her own, and uncovered devastating revelations about a forensic bungle and possible conspiracies that led to calls for the coroner to hold a new inquest.

This is a mesmerising account, as Rachael traces back through her investigation — one that blew the dust off a 38-year-old cold case, and gave a voice to the forgotten and the abused.

I was late to embrace the wave of true-crime podcasts; Trace was the first one I listened to. As is the way with crime podcasts, word-of-mouth is the key to promotion. People I knew kept saying, ‘You have to listen to Trace.’ And of course, once you do, you’re hooked.

When well-respected veteran Homicide detective Ron Iddles moved towards retirement in recent years, he had a couple of unsolved cases in his past that got under his skin. At the urging of Shepparton journalist Tammy Mills, Ron revisited the Michelle Buckingham murder case from 1983. Michelle, 16, was murdered one night on her way home and her body was found two weeks later in a roadside drain. Despite a huge police investigation, the killer or killers were never caught. After Tammy Mills ran a series of stories in August 2012, new information that flooded in, including one man who knew the identity of the murderer and needed to get it off his chest. A man was arrested, and the rest is history.

The murder of Maria James is another one Iddles didn’t solve, despite spending many weeks at the crime scene. Journalist Rachael Brown has taken the 1980 unsolved murder of Maria James at her bookstore in Thornbury and given it another public airing. Trace, the book quickly followed Trace the podcast. The book documents Rachael’s pursuit of the truth and includes the gripping stories of the two – now adult – sons of Maria James. Adam James who wasn’t questioned at the time of his mother’s murder because he had a disability that made communication difficult, made a startling accusation of sexual abuse against a man who had never previously been a suspect. Adam’s memory was detailed; he had told his mother and she was going to confront the man on the day she was murdered.

The Trace podcast called on its listeners to come forward with any information that may have been overlooked at the time. Incredibly, new witnesses come out of the woodwork – which perhaps shows the profound effect murder has on average people; several had impressions from that day burned into their memories.

With sensitivity and great empathy for all involved, Rachael Brown leads the reader through the case with all its twists and turns. She also details her own dogged pursuit and the sacrifices she had to make so the story could take priority. Ultimately, it pays off in a very readable book which complements the podcast beautifully. At the end of November 2018, acting Victorian State Coroner Iain West set aside the finding of the previous inquest and reopened the investigation.

Together with the Teacher’s Pet podcast, Trace has proven that true-crime podcasts can do much more than just quenching the public’s desire for well-investigated true crime – they can make a difference legally as well. Just after breakthroughs in both cases, a meme did the rounds of social media – it said something like: Sack all the detectives! Get podcasters to solve crimes! Journalists and true crime authors aren’t too bad at investigating either.