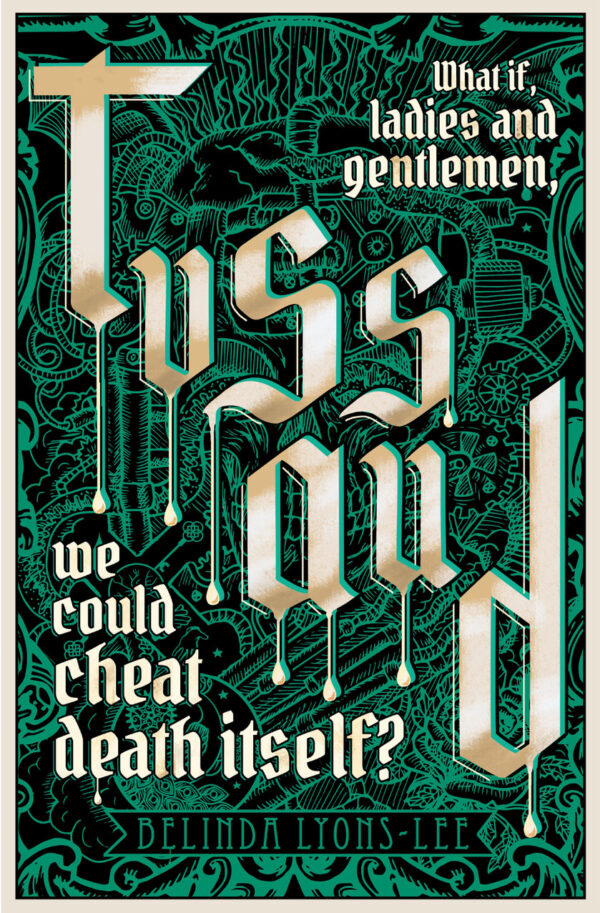 Paris, 1810. Haunted by the French Revolution, Marie Tussaud has locked herself away in her shop with the death masks she was forced to make to avoid the guillotine. Philidor, a famous magician, offers her the chance to accompany him to London to assist in creating a wax automaton that will bring them both money and success.

Following a disastrous performance on their opening night in which the wax on their prized spectacle melts, the eccentric Duke, William Cavendish, invites them to his rambling estate, Welbeck, where he suggests they take up residence, use his underground ballroom for a new show and in return create a private commission for him: a wax automaton in the likeness of Elanor, a beautiful girl who mysteriously disappeared from the estate when he was a child.

In this delicious novel of twists and turns, Welbeck, with its locked doors and rooms, is full of secrets and no-one is who they seem. There is the seductive aura of Shelley, Dickens and Du Maurier in Tussaud. Marie must fight for survival in a world dominated by male advantage and power in a mesmerising story filled with wisdom about human behaviour and motivations.

The last decades of the eighteenth century were explosive—and the reverberations are felt even now. America and France rose in revolt, and some extraordinary personages walked the world stage. Their stories make for rich history, but also fiction as well.

Until recently tales of men have predominated, but herstory increasingly gains attention. The Marys, mere et fille, Wollstonecraft and Shelley, are an example. Another is the subject of Lyons-Lee’s debut novel. Madame Tussaud’s is a brand with wide recognition, still flourishing after several centuries. Yet few could identify in a line-up of waxworks the woman behind this gory and successful business.

In her youthful images Tussaud appears nondescript and demure, at the end of her life portrayed as a respectable widow in lace cap and eyeglasses. What happened in between turned France upside down but did not destroy her. Clearly, she was uncommonly gifted in art and surviving.

What is generally known tantalizes. Tussaud left a memoir, whose reliability is not assured. Undoubtedly a young Swiss commoner had the talent and drive to become a wax artiste for French royalty. Come the Revolution, she narrowly escaped her patrons’ fate. Her survival meant moulding their images—and others unfortunate to meet both Mesdames Guillotine and Tussaud.

That story is incredible, if true. Yet it would have been no more than a footnote of history had not Tussaud also been a formidable businesswoman. In making a success of her nightmares in wax, the chamber of horrors, she became iconic, if elusive.

Lyons-Lee here ventures upon a subject that others have treated fictionally. Michelle Moran’s 2011 Madame Tussaud is an historical and Edward Carey’s well-received 2018 Little is best described as an example of the weird. Where Lyons-Lee differs is in her interest in Tussaud’s English life, less dramatic, but also less well-documented. It gives her the happy freedom to explore Tussaud imaginatively. Yes, she makes things up, but with a basis in fact which creates plausibility.

Certainly in England Tussaud joined forces with Philidor, similarly a continental refugee. He presented phantasmagoria: spectacular theatrical shows involving anything from necromancy to automata. She had an interest in the latter: one of her oldest surviving waxworks is of a woman sleeping and apparently breathing. In the novel, the entrepreneurial pair become increasingly at odds over money, and who is the greater genius. What changes their fortunes is when they display an automaton of Marie-Antoinette. It catches the attention of an eccentric and rich aristocrat, with his own agenda.

The 5th Duke of Portland existed, as indeed do most of the characters in the novel. It is what the author does with them that makes this book work. That the Duke vs Tussaud is fancy does not stop Welbeck, his bizarre real-life mansion, becoming a suitably gothic setting for her narrative.

The reader can peruse this novel—like Little—with Google handy. Yet that is to miss some of the fun, the intuitional leaps from fact to fiction. Just who was Tussaud’s father diverges here from the record, but it makes perfect psychological sense.

So does the leap from the waxworks as not only mimesis, memorials of the dead, but something much darker. If Tussaud was one result of the zeitgeist, then so was Shelley’s Frankenstein, a ghost informing this narrative. The Duke wants a simulation of his dead love, not just a wax head and hands on a suit of clothes, but a full body, anatomically correct. Tussaud knows an opportunity when she sees it and so does Philidor. A deadly game ensues, with some unexpected players.

Tussaud is fully researched, but never lets the learning dominate. Rather the sense of a lost time is palpable, including the sheer hard work of preparing the models, from plaster cast to clay and finally wax. Yet the past was a different time, particularly with regard to women’s rights. Tussaud was no modern feminist, rather adept at negotiating a world where the privileged male was largely unquestioned. As much as Wollstonecraft, she sought vindication, and also an independent living.

To make Tussaud triumphant, a mode of fiction in development at the time—the murder mystery—is invoked. Philidor is not only jealous of Tussaud, he has a rival with a long history and a grudge.  Added to the mix is the contemporary Gothic mode, but also the modern psychological novel. It makes for a bold experiment for a debut author; yet it is to be hoped more novels follow from her.

Not least of Tussaud’s virtues is that the themes are unusual in the Australian novel—history and what would be called robots seldom meeting, recent exceptions being N. K. Sulway’s award-winning Rupetta, and Peter Carey’s The Chemistry of Tears. Tussaud is a welcome addition to this small group, and not diminished by the company.

What it does successfully explore is our enduring fascination with unnatural life. The motif is all the more evocative when realised via a small, indomitable woman who saw horrors in reality—and then commodified them in wax.