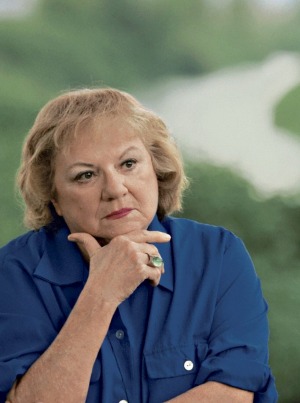 Sisters in Crime mourns the death of Ann Rule whose book on serial killer Ted Bundy changed the face of true crime writing.

Ann Rule’s 1980 study of serial killer Ted Bundy, The Stranger Beside Me, set her on the road to writing dozens of best-selling true-crime books praised for their insight into criminal psychology.

Rule’s articles had been appearing in the magazine True Detective for more than a decade when, in the mid-1970s, fate delivered her biggest subject to her doorstep. She was working on a book about a series of unsolved murders in the Seattle area when police in Utah arrested the man they believed to be the killer, a former law student named Theodore Robert Bundy.

The name did more than ring a bell. In the early 1970s Bundy had been a close friend and colleague, answering the suicide hotline with her on the night shift at the Seattle crisis centre where they both volunteered.

Initially, Rule refused to believe that Bundy was the killer. “For a long time I was holding out hope that he was innocent, that somehow this all was a terrible mistake,” she said in 2003. “And it wasn’t just me, it was all the people who worked with him.”

After Bundy escaped from jail and went on a killing spree in Florida, Rule changed her mind, and the focus of her book. Published in 1980, it became an instant best seller, admired for its detailed accounts of police procedure, the work of criminal investigators and courtroom drama, not to mention the author’s jailhouse interviews with Bundy.

Ann Rae Stackhouse was born on October 22, 1931, in Lowell, Michigan. As a child, she was surrounded by relatives working in law enforcement: two sheriffs, a prosecuting attorney and a medical examiner.

On summer vacations in Stanton, Michigan, where her maternal grandparents lived in the building that housed the county jail, she helped her grandmother prepare meals for the prisoners.

“I would pass the tray through the slot in the pantry to the prisoners, and they were so nice,” Rule said in 2004. “So I would always ask my grandpa, ‘How come they’re locked up?’ I wanted to know why some kids grew up to be criminals and why other people didn’t. That is still the main thrust behind my books: I want to know why these things happen, and so do my readers.”

After graduating from high school she earned a degree in creative writing in 1953 from the University of Washington, where she also took courses in abnormal psychology, criminology and penology. When her husband, Bill Rule, left his job to go back to school, she began writing to make money. (They divorced in 1972.)

She began writing for True Detective in 1969 under the pseudonyms Arthur Stone, Chris Hansen and Andy Stack, using male names at her editors’ insistence. She wrote two 10,000-word articles a week for the next 13 years.

After the success of the Bundy book, she settled into a productive routine, turning out about two books a year: a hardcover title dealing with the investigation of a single crime, and a paperback in the Ann Rule’s Crime Files series, which described a variety of cases.

Her many books include Green River, Running Red, Bitter Harvest and Small Sacrifices.

Ted Bundy haunted her to the end.

“I really thought in 1980, when I wrote this book, that I could get it all out of my head, it would be very cathartic, and I would never have to think about Ted Bundy again.

“And yet, he just fascinated people, and he still does. I probably get two emails a day, many of them from women who think they got away from him, and some of them are so close, I think they did.”

Ann Rule is survived by five children and seven grandchildren. ”