Web Of Deceit by Katherine Howell 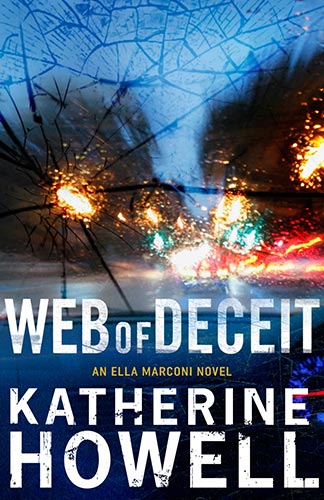 Web of Deceit, the sixth novel in the Ella Marconi series, follows two Sydney paramedics, Jane and Alex, on a shift where they are called to a car accident where the driver refuses to get out and be helped, citing that someone is trying to kill him. They encounter the same patient again at the end of their shift, this time in dire circumstances – his dead body mangled under a train. The mystery continues to evolve once the police (Ella and Murray) are called and the possibility of murder arises, but I won’t say more or I’ll give the plot away.

Katherine Howell’s writing strength lies in well depicted characters, enabling the reader to identify with Jane, Alex and of course Ella, by perfectly drawing them as normal, capable people, but also as impulsive, emotional or desperate as the situation warrants. Howell creates genuine and honest situations that carry you through the story without unnecessary twists and clues or tricks to solve the mystery at the end.

The characters are real and likeable people and I felt like I got to know them in the story; their work situations are such that most readers will be able to identify with Ella’s frustration with bureaucratic parsimony which makes the detectives’ investigation so much harder to carry out.