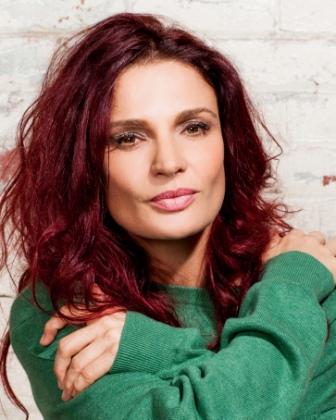 This year 191 stories compete for the national awards which offer a record $9,350 in prize money plus the coveted trophy, a scarlet stiletto withits steel heel plunging into a perspex mount, for the overall winner.

At 8pm, prior to the award presentations, Danielle Cormack will discuss her ‘life in crime’ (and much more) with crime author and performer, Jane Clifton. 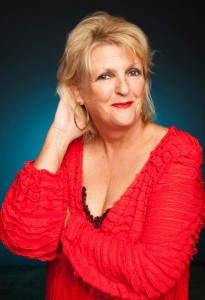 Danielle Cormack is currently shooting Season 4 of Foxtel’s Wentworth, as the lead, Bea Smith – a role where she is receiving stellar industry acclaim both in Australia and abroad. She is set to reprise her role as Scarlet Meagher in season 4 of Rake, which returns to ABC1 in October 2015.

The New Zealand born actress quickly came to prominence in Australia with her powerhouse performance in the leading role of Kate Leigh in Underbelly: Razor. Her other crime credits include Miss Fisher’s Murder Mysteries, City Homicide and The Strip.Danielle’s success in Wentworth has lead to wins at the 2015 ASTRA Awards and 2015 Logies.

“Jane Clifton is an author, actress, singer and registered marriage celebrant but all these years later she is still most famous for her 1980-84 role as bank robber Margo Gaffney inPrisoner – the show that Wentworth is based on. Ironically, Prisoner was one of the last shows not to pay its cast for repeats,” Lobb said.

“Also back in the late 1970s Jane was a member of new wave band Stiletto. More recently, Jane has turned her hand writing crime novels. The latest is Flush, published by Clan Destine Press, headed by a fellow Sisters in Crime convenor, Lindy Cameron. Jane is also a long-standing member of Sisters in Crime.”

A record 27 stories from all over Australia are on what Sisters in Crime calls its ‘shot list’. The details will be announced on Monday 9 November.

Every Cloud Productions, the producers of the internationally-acclaimed crime drama,Miss Fisher’s Murder Mysteries, is for the first time offering sponsorship of the $1500 first prize.

Echo Publishing, the new adult publishing wing of The Five Mile Press, is the sponsor for 2nd prize ($1000). Long-time supporter, HarperCollins Publishing, is offering a new award for romantic suspense ($500).

Click here to book. Bookings close Monday 23 November. All seats are limited so book early — individually or in tables of up to 10: