Woman on the edge: Q&A with Kirsty Ferguson 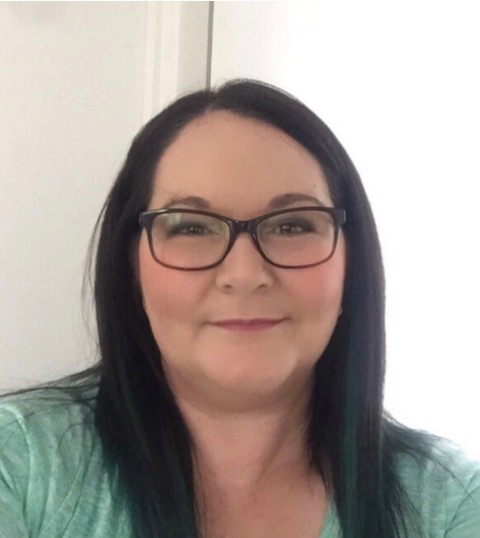 Melbourne author, Kirsty Ferguson, spoke to Sisters in Crime’s Vice-President about her newly launched novel, What Lies Beneath Us (Elephant Tree Publishing, 2019).

Kirsty, you preface your novel with a trigger warning, so I’m going to do the same here. This Q&A includes discussion of infants at risk, infant death, and depression suffered by women after giving birth. 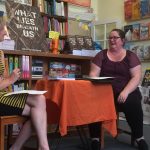 What Lies Beneath Us was launched by Professor Anne Buist, a specialist in postpartum psychiatric illnesses. Could you tell us a little about your book and the launch event?

This story took hold of me when I read an article about a mother who had postpartum depression and who had trouble connecting with her child. I found it heartbreaking and interesting and the idea for the story blossomed from there.

The launch was held at the Younger Sun Bookshop in Yarraville and was a wonderful event. It was my first official launch so I was more than a little nervous, but Anne and the audience were amazing. Not only was I interviewed by Anne, but the audience had a chance to ask me questions and I found that the most invigorating part of the process. It was a lively evening where the book and I were well received.

This isn’t your first fiction publication. What else have you been writing and how has the reading public been responding?

I have released two crime novellas as part of a five-book series. The first is Little Girl Dead and the second is called Little Girl Revenge. I have also written a cozy mystery called Severed Heart. It won first place in the mystery category of the Summer Indie Book Awards in 2017. My books are based in rural towns where I have lived. I believe that lends them an air of authenticity.

I have just finished writing a crime novel about a serial killer, called Killer Instinct, and I am currently working on a contemporary novel called Faultlines. I have had positive support from readers, some of whom have contacted me to tell me how much they have enjoyed my books. It’s lovely to see that people are responding well to the books. I have many more to come. 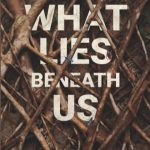 I became so caught up in reading to the end of What Lies Beneath Us to find out how you would resolve the story’s mysteries that I didn’t pay attention to the cover. When I did look at it carefully, I was impressed. Can you tell us about the cover design and whether you feel it suits your themes?

First of all, I’m pleased to hear you were enjoying the book so much. I absolutely love the cover. It is raw and gritty, it stands out amongst other titles on the shelves, and it catches the eye with its darkness. If you look closely, there are hidden words in the cover that relate to the book. It was created by the talented Nikki Jane Design and I think it’s a perfect representation for the story inside.

In your novel the scene of the action is Sunbury, a growing town-suburb on the north-west outskirts of Melbourne. Your main characters live in a housing estate. What factors led you to choose this environment?

I live in Sunbury and, as I previously stated, I like to base my books in towns that I have lived in. I think doing so allows me to make the story more realistic and brings an element of emotion to the story. I chose to set the story in an estate as it represents the sense of community that the James family initially enjoyed then lost when Jessica James was accused of murder. With one accusation Jessica lost the friends who supported her, and members of the community passed judgement on her.

Everyone has an opinion regarding the family members, and their lives become scrutinised and picked apart. I also wanted to reflect how what you see on the outside isn’t always what you get on the inside; people hide their true selves to a certain extent.

You focus on the James family. Who makes up the family and how are they getting along when we first meet them?

Jessica, the central character, is a mother pushed to the edge, suffering from a mental illness and not coping with her newborn baby, Jason. She feels no connection with the baby but loves her elder son, Jack. Jessica’s husband, Geoff, feels that if she just spent more time with the baby then she would learn to love him. Jessica feels betrayed by his words and lack of support. Their elder son believes he has been displaced by the arrival of the baby and begins to act out emotionally and physically to gain the attention of his parents.

They are a family which is fractured, divided by the illness that Jessica suffers from. They receive little support, especially Jessica, who, while she loves her husband dearly, cannot get past his accusations that she is a terrible mother. Geoff’s decision to take a weekend away from his family is instrumental in what follows in the storyline.

After Geoff threatens to leave home if Jessica won’t see a psychologist, she has a panic attack. The ambulance officer, local man Terry, is concerned for her wellbeing. How effective are the health professionals in your story?

Panic attacks are a terrible thing to suffer from and can be quite debilitating. When Geoff threatens to leave, he triggers a reaction of pure terror in his wife. Ambulance officer Terry is a close friend of the family and as such acts with concern for them. I believe health care professionals are real people with real emotions and Terry is a perfect example of that. Sometimes the mask of professionalism slips in the face of extreme circumstances.

When Jessica finds her baby still and not breathing, she makes an emergency call and then gives him CPR. The baby recovers consciousness but Terry is uneasy and insists he should be taken to hospital for observation. Is this kind of incident more common than most of us realise?

Postpartum psychosis is where the mother hurts her child. It is quite rare; only a small percentage of women reach this stage. It does happen though, but it is still quite a taboo subject. Terry acts in the baby’s best interest, ensuring that he is taken to the hospital for a full check-up. Motherhood can be very tough on some women. If you watch the news or read the newspaper, you will see that some mothers do hurt their children. It’s extremely distressing to all those involved.

There are local mothers who sense Jessica has been having a difficult time. Jessica rebuffs their offers of friendship. Should they try to do more?

Jessica walls herself off from her friends by being honest about her feelings for Jason. When he dies, her friends desert her, but in truth she deserted them long ago. It’s possible that they could have done more, but how were they to know just how bad it was and what would happen? There’s only so much you can do for someone who doesn’t want help.

Jessica’s mother lives not far away and loves the children. How does she regard Jessica’s current behaviour and attitudes, and how does this serve your plot?

Jessica’s mum Ruth takes a dim view of Jessica’s parenting abilities. She doesn’t understand her illness and refuses to learn to understand it. Ruth believes in the tough love approach and tells Jessica to ‘get over it’. As you can imagine, saying that to someone with Jessica’s issues is unhelpful and not constructive. Ruth’s character serves to highlight the differences between Jessica and her family, the divide that lives between them. She helps to push the story along by becoming more involved in Jessica’s life and business, showcasing the differences in how Jessica treats her two children.

In some chapters we see things from the point of view of one or other of the two Sunbury police officers dealing with the James family. What was your experience of researching and writing these sections?

I believe that writing a crime novel with a high level of police procedures in it helps round out the storyline. Detectives Hunter and Cooper have differing opinions on the guilt or innocence of Jessica and frequently argue amongst themselves about it. Detective Hunter takes a special interest in the case.

In writing my Little Girl Dead series I had the pleasure of making a policing contact who has assisted me in my research. As What Lies Beneath Us involves a large component of police scenes, it was important that I make the story as accurate as possible. I really enjoyed writing the police scenes. Not only did they further the storyline but I learned a lot about policies in law enforcement.

Would you prefer to stay close to the domestic lives of your protagonists, or could you see yourself writing more about police, pathologists and other investigators?

I love writing character-driven scenes and analysing people through the lens of a storyteller. However, I find writing scenes involving police and pathologists fascinating. The research involved is extremely interesting and I can see myself writing more storylines involving these experts and more.

One of the aspects that I enjoy the most is writing the characters, delving into their backstories, their motivations and the outcomes of their actions. There are two areas that I am most satisfied with within the book. I am very satisfied with the trajectory of Jessica’s character, her story arc and the immediate and long-term outcomes of her actions. I also enjoyed the research side of things.

An autopsy is something that I’ve never written about before, so researching and writing the scene to completion was very satisfying. I also had assistance ensuring that the procedures were as close to accurate as possible.

Finally, Kirsty, are there other things you’d like to tell us about What Lies Beneath Us?

Overall, I have really enjoyed the writing process for What Lies Beneath Us. It’s a compelling and raw look at family dynamics and the relationships of those within.

Thanks for your responses, and all the best for your writing.